Torn by grief at the peak of the holiday season, a young man killed by gun violence, and a  family forever torn – and still looking for answers eight years later.

NEW CASTLE (DE): A University of Delaware student was taken suddenly by gun violence eight years ago and with no new clues, leads, or tips, his case has gone cold, leaving a family still searching for answers. 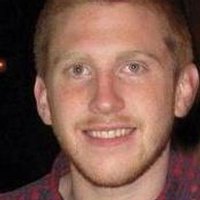 Peter Di Sabatino was a 20-year-old UD Student when he was killed on Monday November 12, 2012.

Peter Di Sabatino was a 20-year-old University of Delaware student who was taken by gun violence in Newark in 2012, and since then Detectives have been working diligently to bring his killer(s) to justice.

“He was just happy to be alive.,” Said Peter’s sister Caroline Di Sabatino.

Police say it was just before 9:30 p.m. Monday November 12, 2012 when officers were dispatched to the Studio Green Apartments for a report of a shooting.

When officers arrived, they discovered a gruesome crime scene and 20-year-old Peter Di Sabatino laying on a sidewalk in the area of 211 Thorn Lane suffering from gunshot wounds.

“Peter was at his apartment. He had friends in his apartment. He received a text message to come outside and meet someone that he knew, and that person set him up.” Said Peter’s sister, Natalie Di Sabatino. “His friends heard the gunshots and the assailants ran away, and his friends came out and tried to resuscitate him, doing CPR and mouth to mouth while other friends called 911.”

He loved to be social in school and lived to make everyone laugh.

While EMS and Paramedics were on the way, police began sealing off the area with crime scene tape to preserve any evidence and began to look for witnesses to figure out what may have happened and try to pinpoint a suspect location or even a direction of travel the suspect(s) may have fled towards.

Witnesses told investigators that the suspects were two black males, one of which was wearing a gray hooded sweatshirt and the other a black hooded sweatshirt. Police began the search but had no luck.

After Peter was treated by EMS and New Castle County Paramedics, he was transported to a local hospital where he died shortly after.

“I just kept thinking when I get there, someone’s going to take me in and show me that he’s ok, but of course, they didn’t. When I got there, they took me back to another room and after they told me, and after the girls came, and we had to tell them.” Said peter’s mother, Angela Di Sabatino. “They led us see him, but because it was a criminal case I couldn’t even touch him, I couldn’t hold him one more time, I couldn’t even hold his hand.”

Peter Di Sabatino was found suffering from gunshot wounds at Studio Green Apartments in Newark on Monday November 12, 2012 around 9:30 p.m.

His family says, “Peter loved music and enjoyed writing and producing songs. He had begun several short stories and scripts for movie plots that he hoped to have accepted for publication. Peter loved to cruise around Newark on his long board, meeting his Mother for a UD football game or just to go spend time with friends.”

Peter was a sophomore at the University of Delaware where he had hoped to major in business, was on the Dean’s list and was a member of Cornerstone United Methodist Church.

New Castle County Police weighed in on the case as they continue to work Peter’s case and try to refresh the publics memory about that fateful day.

“The victims and families of our unsolved homicides are not forgotten and there are ongoing efforts by the New Castle County Division of Police and the Criminal Investigation Unit, Cold Case Squad, to bring about a resolution to each and every case.,” said police spokesman Michel Eckerd. “Any information could potentially be used to bring criminals to justice and provide peace for the families who have lost their loved one.”

According to a news release, a standing cash reward is being offered in exchange for information deemed to benefit the investigation or lead to the arrest and conviction of the individual (s) responsible for committing the crime.

“I wake up every day, trying not to think of him in the past tense. I try desperately not to think of him as more gone or more forgotten, and then I try to have a memory, a good one, but within a second it goes back to seeing him in the hospital in a body bag. Gone forever.” said Peter’s father, Thomas Di Sabatino.

The DetectivesSubmit A TipVictim Services
If you have any information regarding this case, please contact the Cold Case Homicide Squad directly: Det. Brian Shahan: Brian.Shahan@newcastlede.gov (302) 395-2781.

if you or someone you know is a victim or witness of a violent crime or have lost a loved one to a sudden death and are in need assistance, the New Castle County Division of Police Victim Services Unit is available to offer you support and resources through (302)-395-8000.