25-year-old Kyree Harris is behind bars as he faces numerous charges after a Wilmington Police investigation led to his arrest in connection to a shots fired investigation.

WILMINGTON (DE): On December 2 at approximately 11:18 a.m. Wilmington Police say an officer was in the area of 6th and Willing Streets when the officer heard gunfire in the area. The officer located the crime scene and saw a suspect vehicle leaving the scene but fled from police when a stop was attempted.

According to police, shortly after, the vehicle was located in the area of Harvey Road off of the I-95 North exit. Police recovered 198 grams of cocaine, 128 grams of methamphetamine, and 51 grams of marijuana. 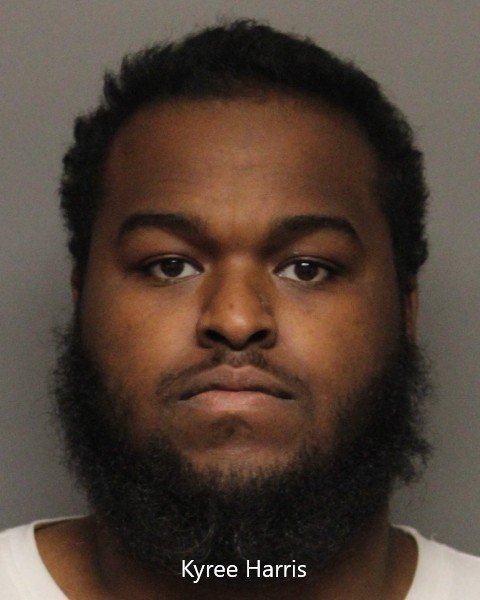 Through the course of the investigation, police identified 25-year-old Kyree Harris as a suspect and on December 16 police executed a search warrant in the 1600 block of Coleman Street. Harris was taken into custody without incident., police said.

At the residence, police recovered a loaded 9mm handgun, ammunition, 15 Percocet pills, 239 grams of marijuana, 16 bags of heroin, 2 grams of cocaine, and a package of marijuana edibles.

Harris was arraigned in Justice of the Peace Court 11 and committed to the Howard R. Young Correctional Institution on $279,500 cash-only bail.