While a COVID-19 vaccination event was unfolding at the Delaware City DMV, police say officers were dispatched to the unit block of Bunchie Blvd. in the community of Dunleith around 3:00 p.m. Friday afternoon to investigate the crash.

“When the officers arrived, they noted that a maroon SUV had in fact crashed into the residence pinning a 61-year-old male underneath the vehicle and injuring another 64-year-old male.,” Said police spokesman Michel Eckerd.

The driver, who was not identified, and who remained at the scene, was treated by local EMS and New Castle County Paramedics before being transported to a local area hospital with minor non-life-threatening injuries., police said.

The other two victims were also treated by local EMS and New Castle County Paramedics before being transported to a local area hospital. Police say they also had minor non-life-threatening injuries.

Police do not believe that alcohol or drugs are a factor in the crash.

Police are asking for anyone that might have witnessed this crash or have any information pertaining to this investigation to please contact Det. Brandon Harris at Brandon.Harris@newcastlede.gov or by calling our non-emergency number at 302-573-2800.  We can also be contacted via Facebook IM. 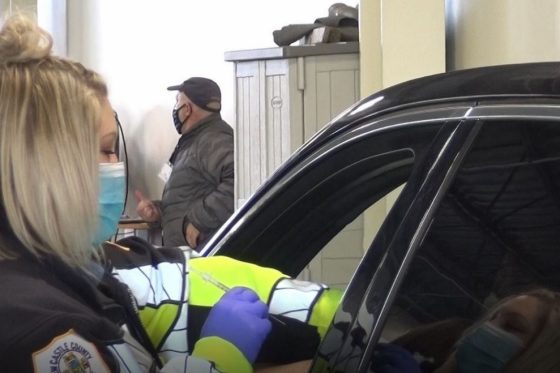 16-Year-Old rushed into surgery after being shot on W. 23rd St