Deldot has been working non-stop and as you can see they are using a combination of salt and sand and according to some experts, the combination does very little on frozen surfaces.

You’re absolutely right. It is cold. Very cold in fact and the snow is coming down and at times thick with a mix of freezing rain and sleet, that appears from time to time. We’ve been here in New Castle when the nasty weather started to hit our area around 8:00 a.m. this morning.

Traffic is moderate but appears to be increasing little by little. We did come across one vehicle that had ran off the road near the airport. The vehicle was traveling in the southbound side of Dupont highway when it lost traction and struck a fence that surrounds the airport. The driver was not injured but emergency services had to be called in to help the driver.

Here’s a look at South Dupont Highway in the area of Hares Corner and the New Castle County Airport. 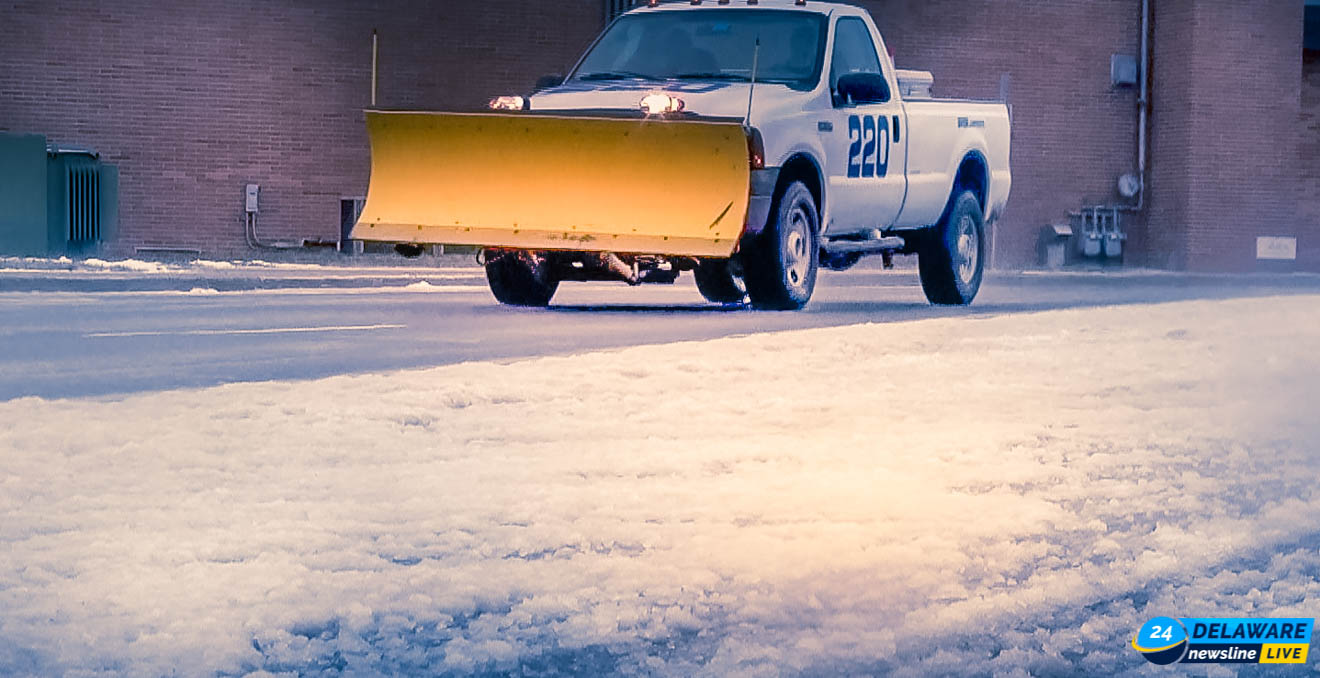 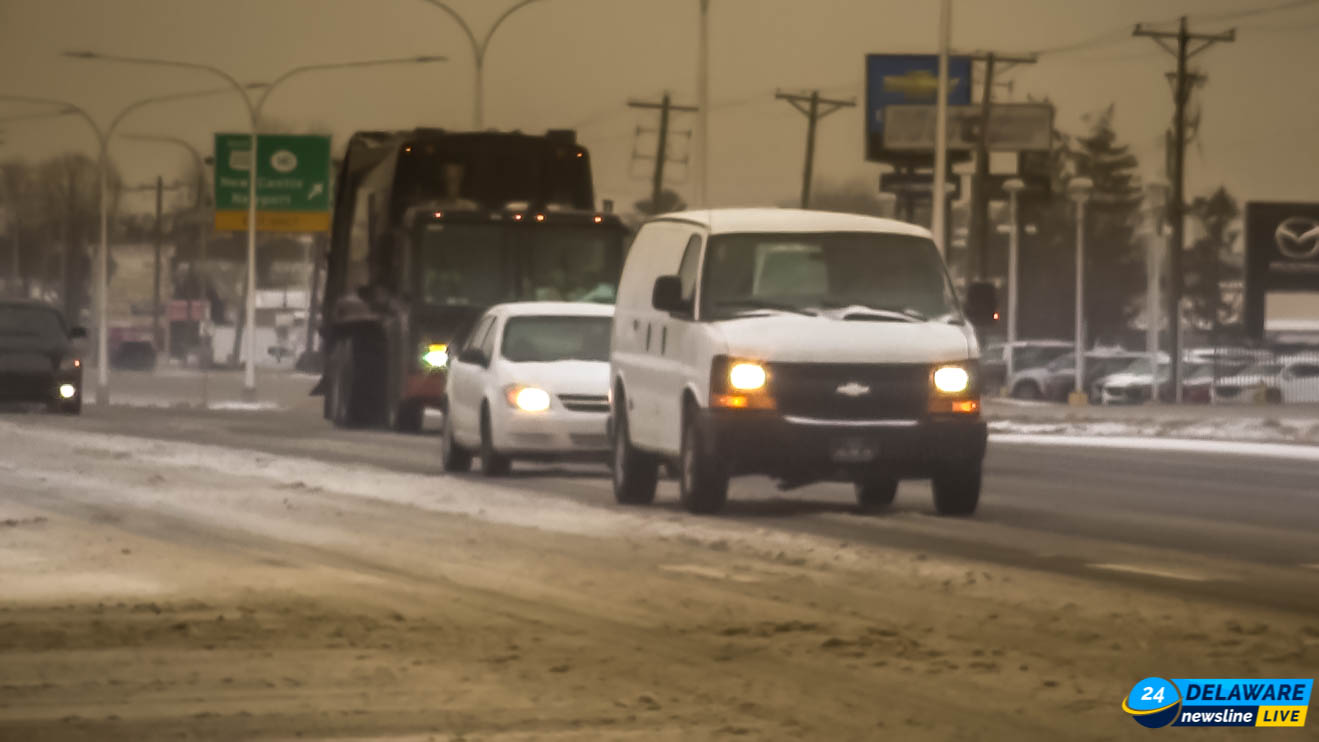 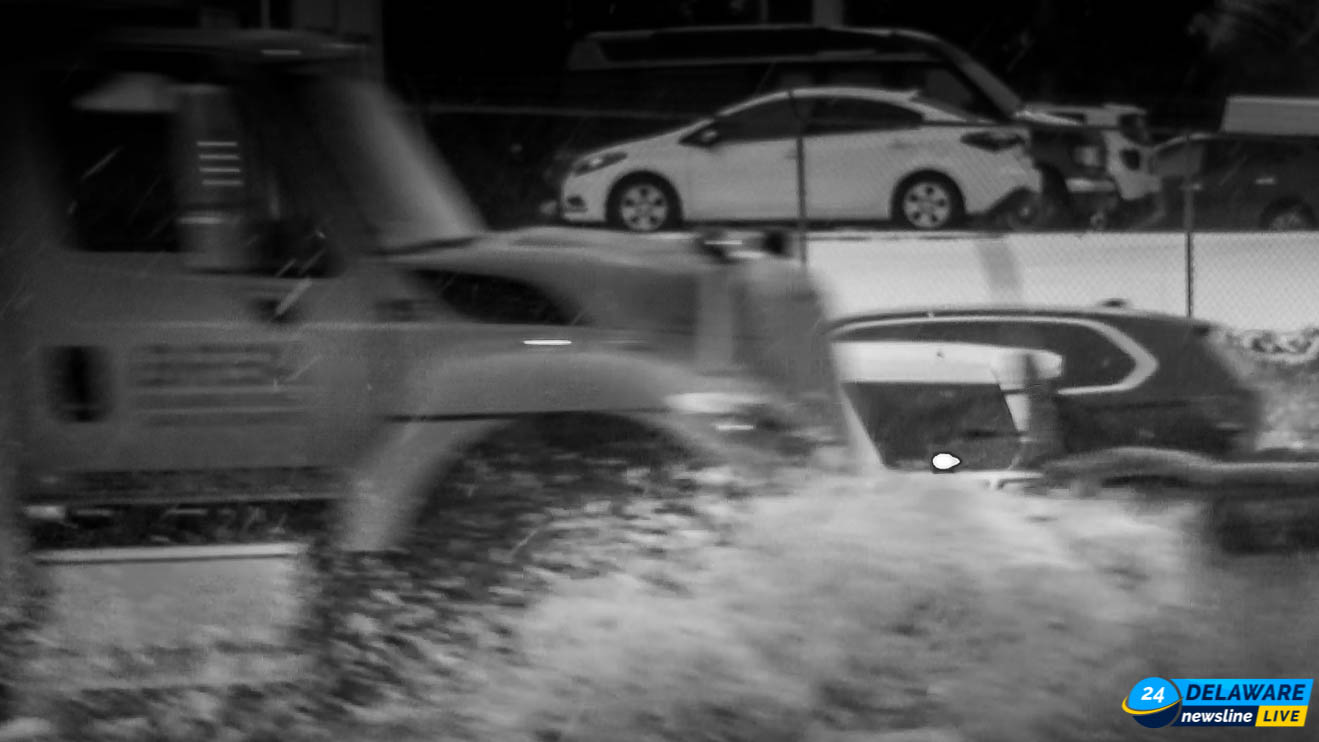 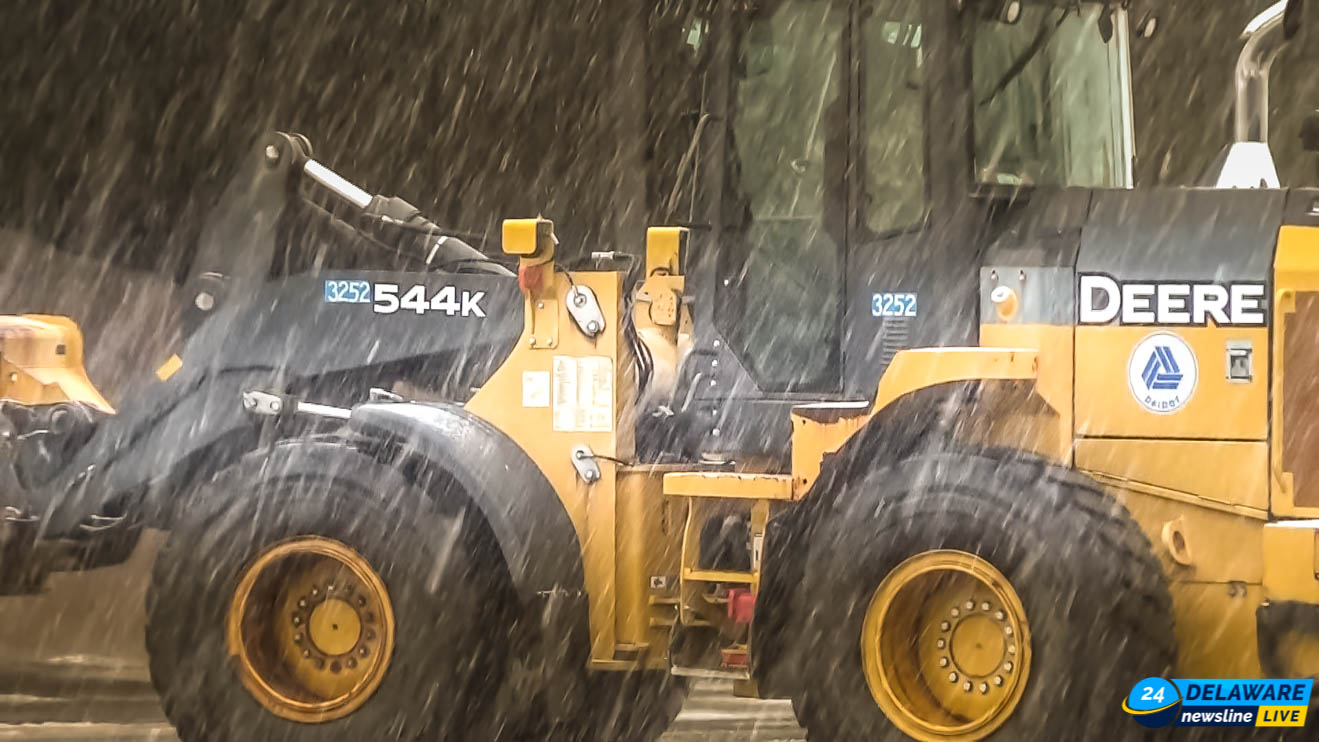 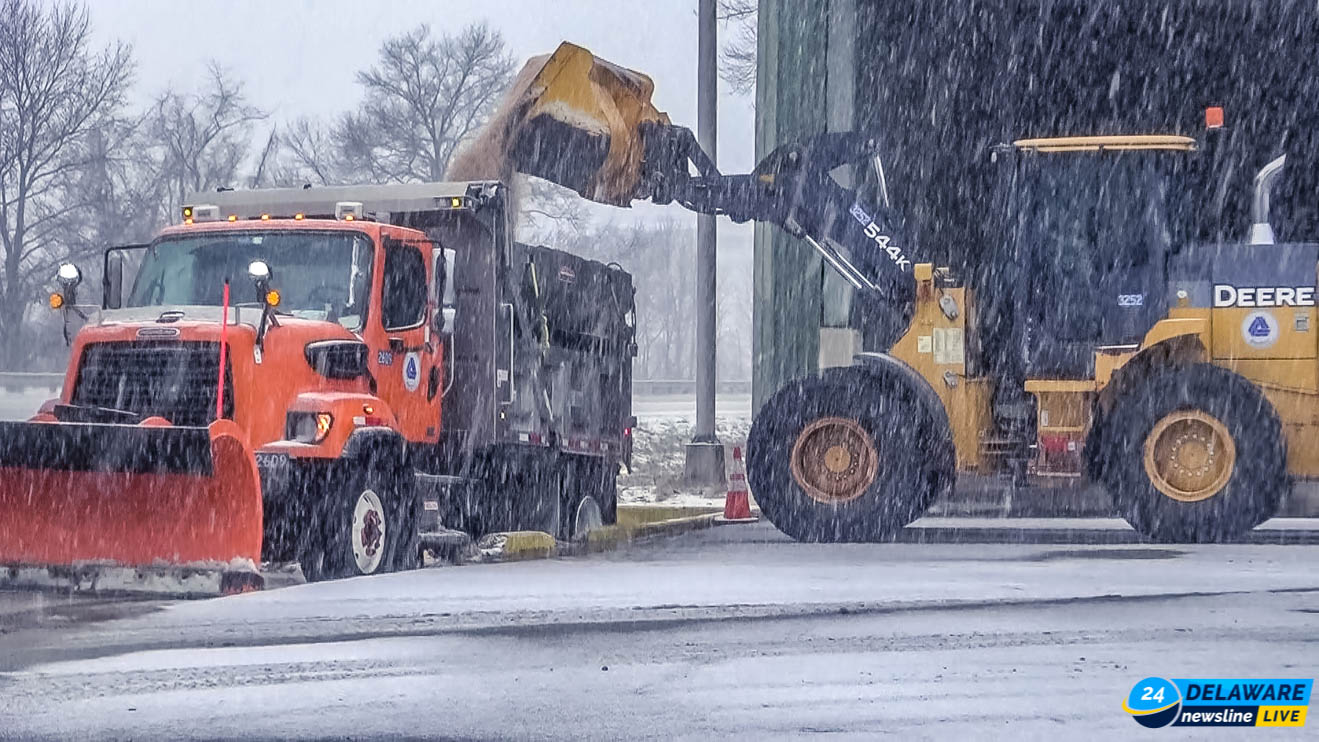 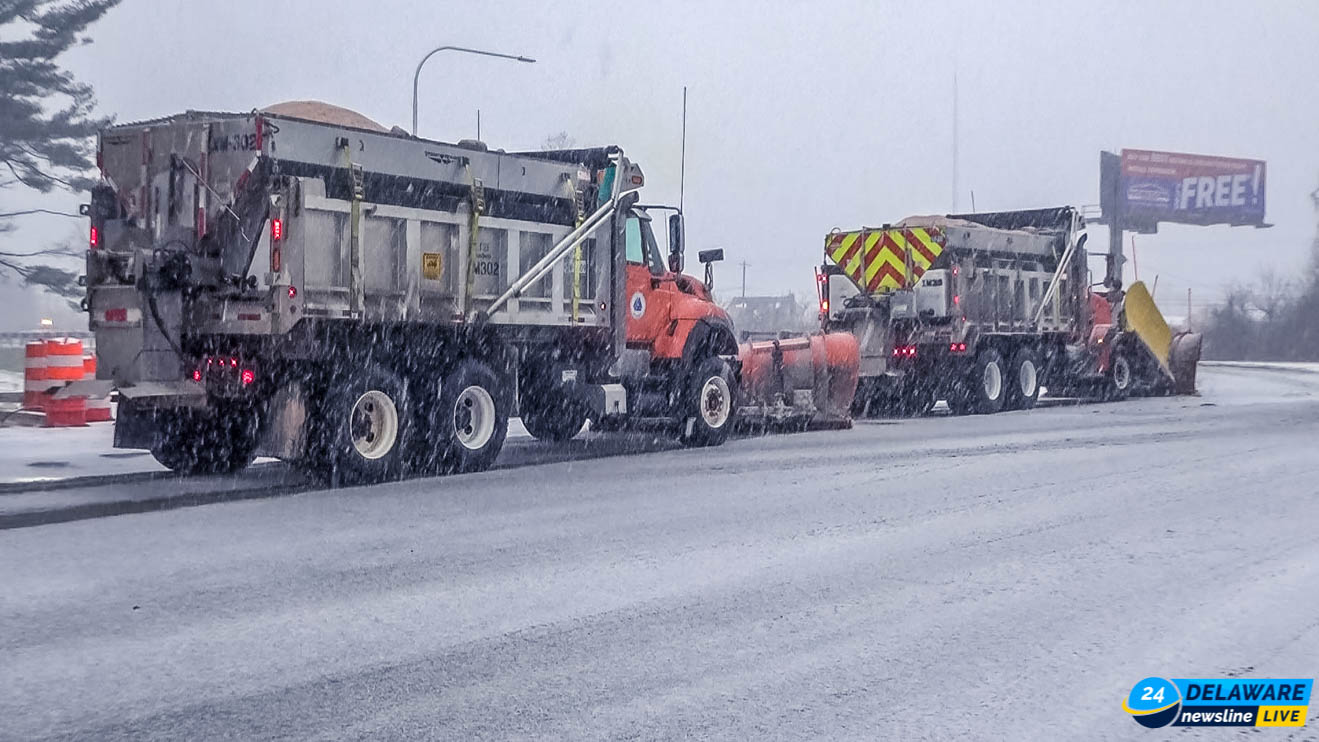 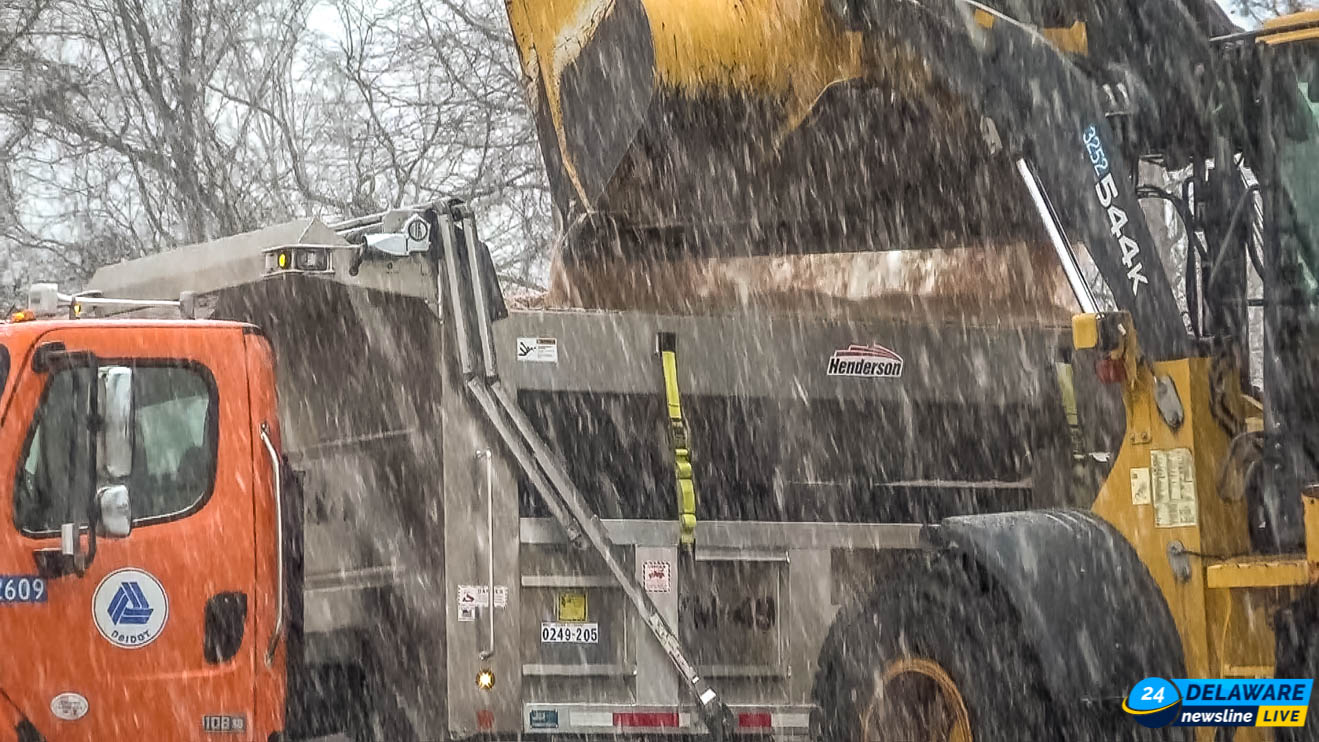 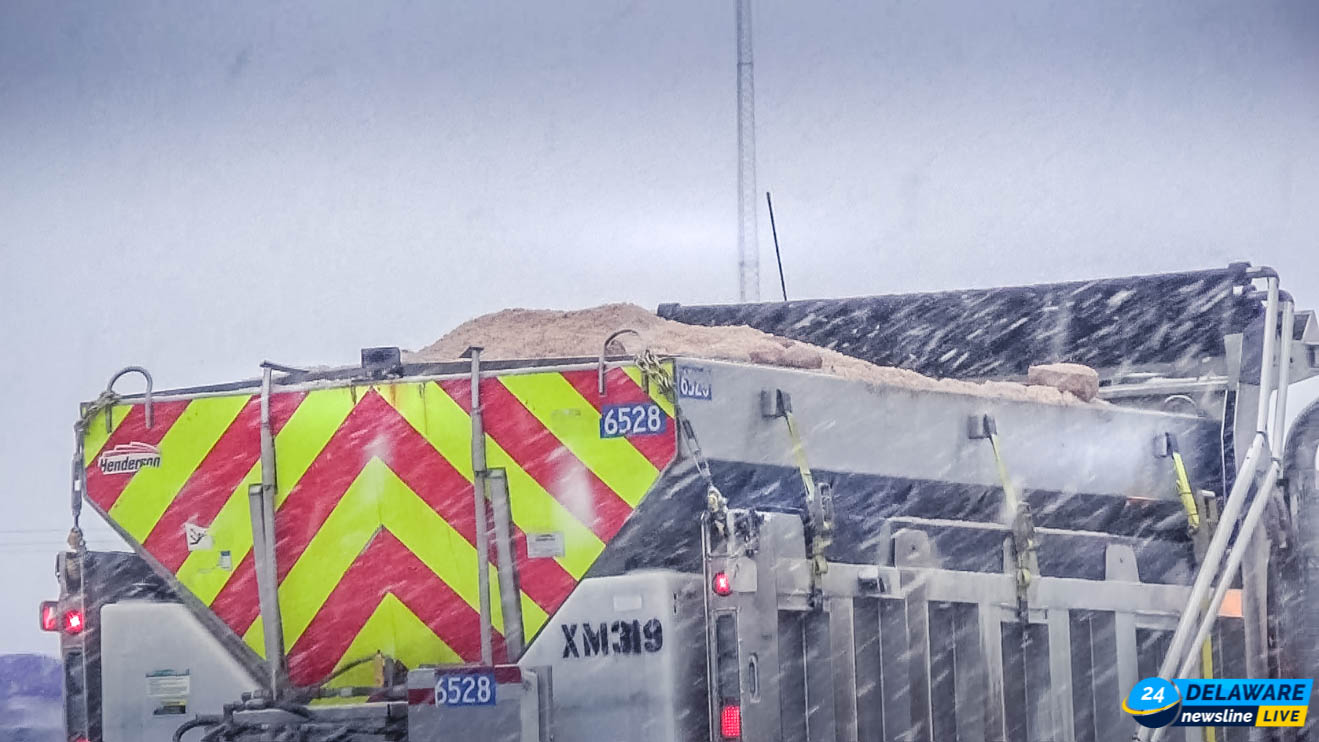 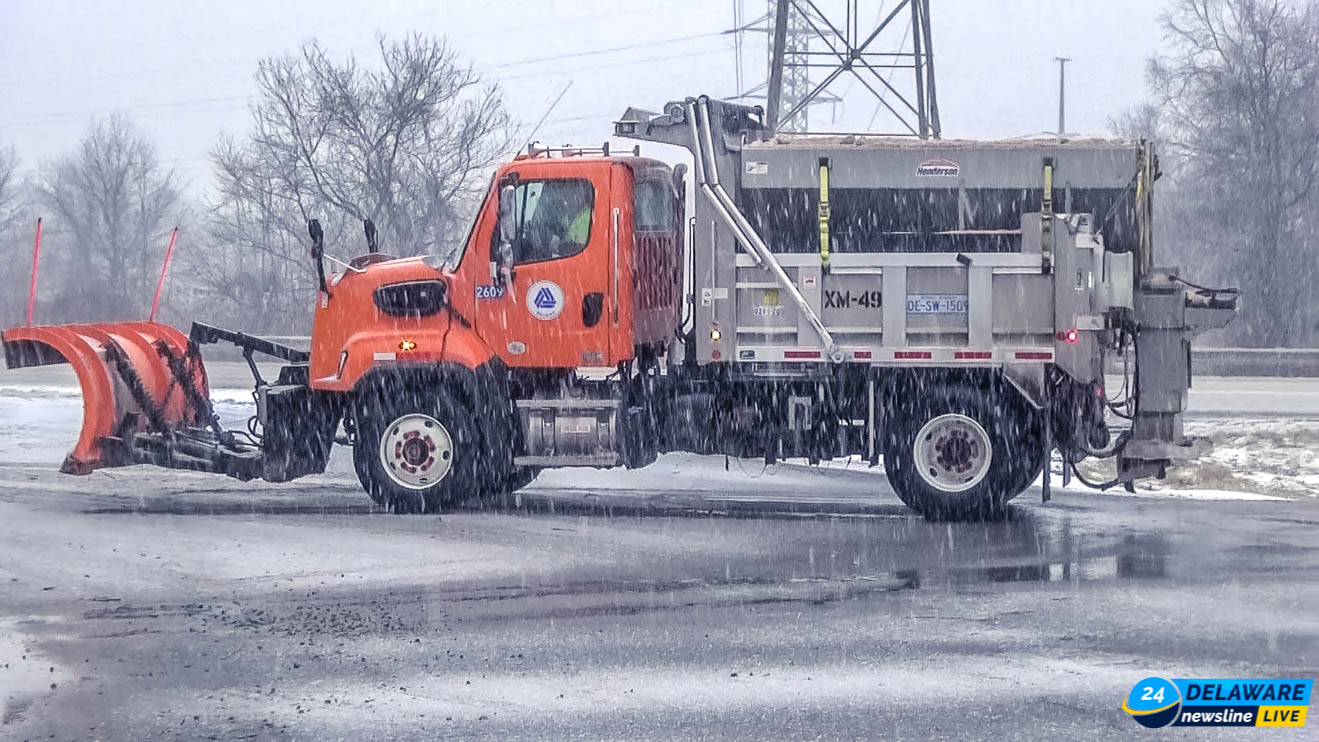 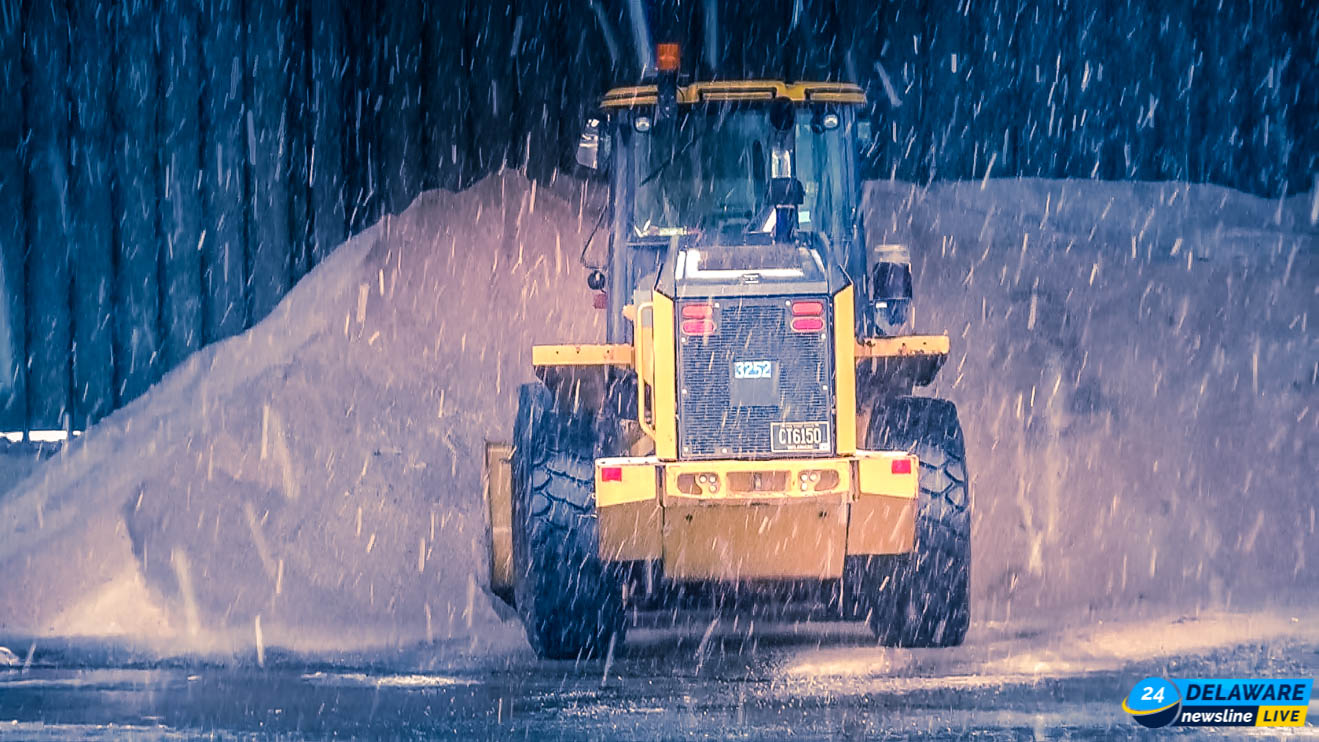 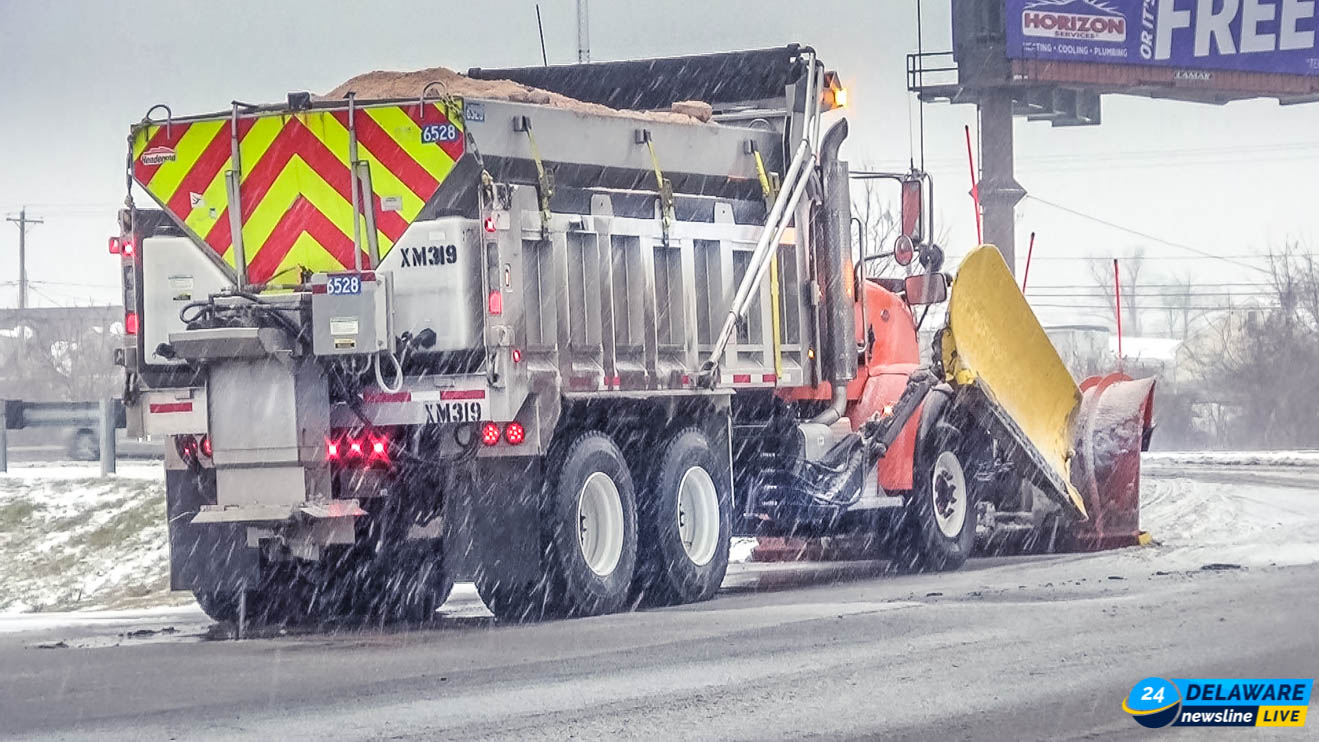 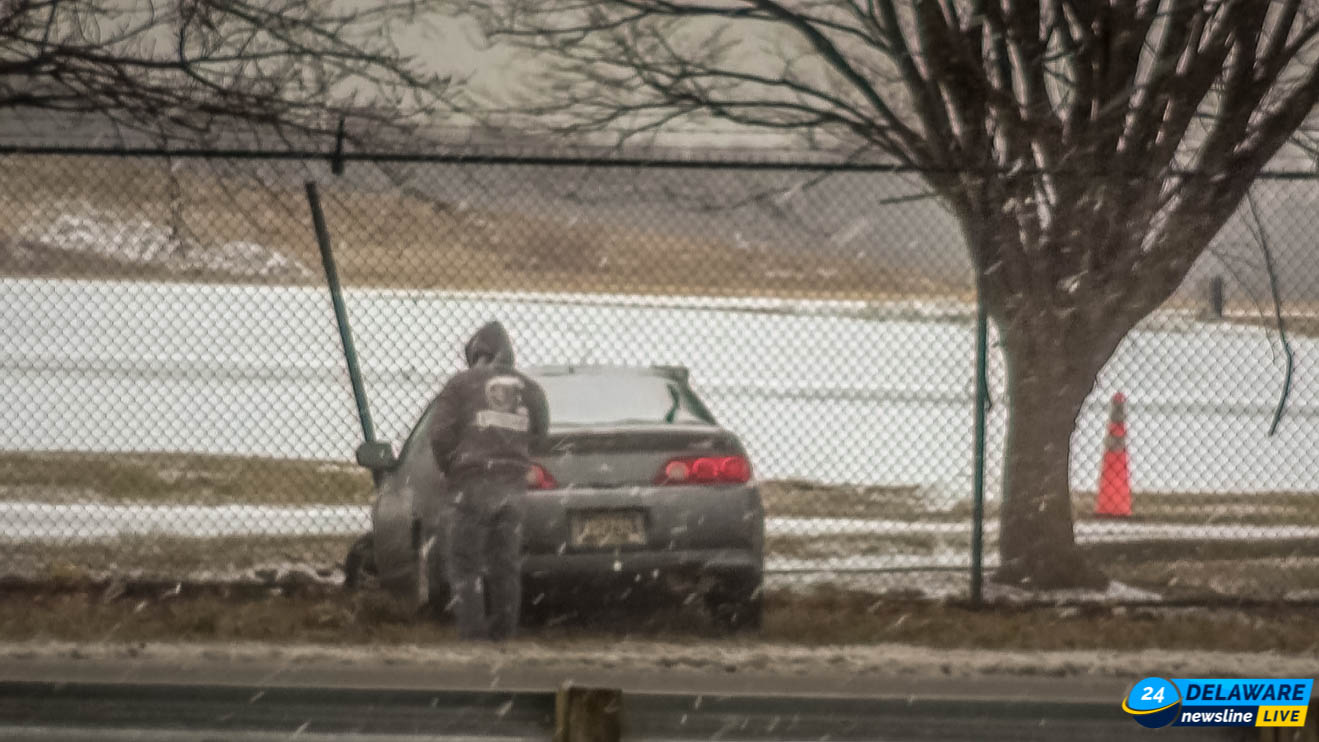 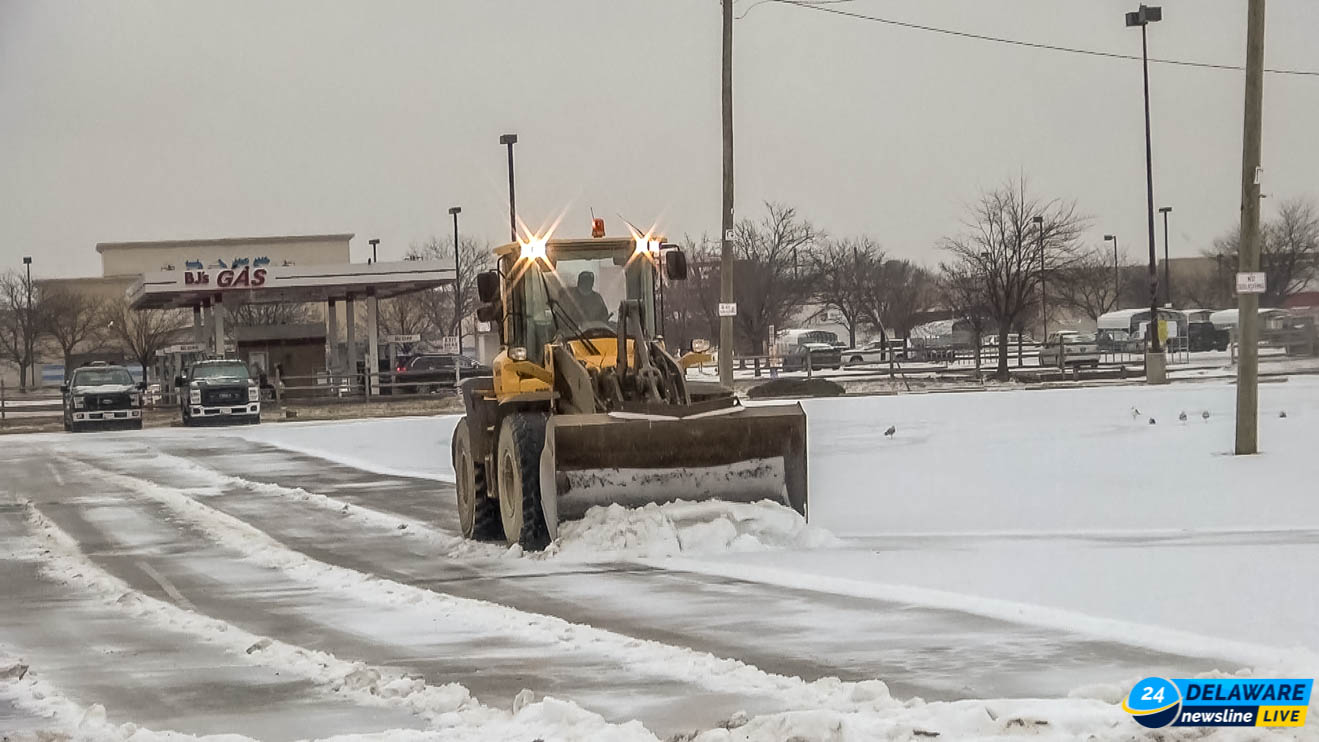 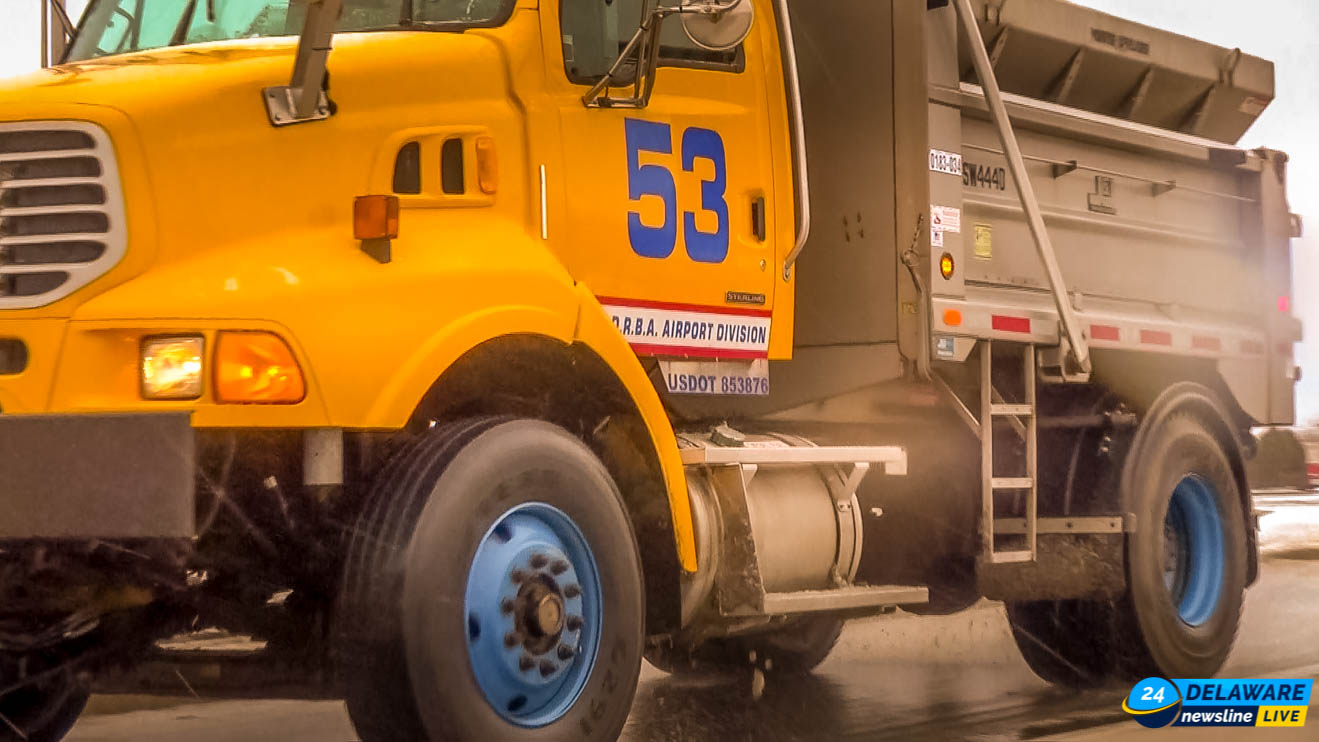 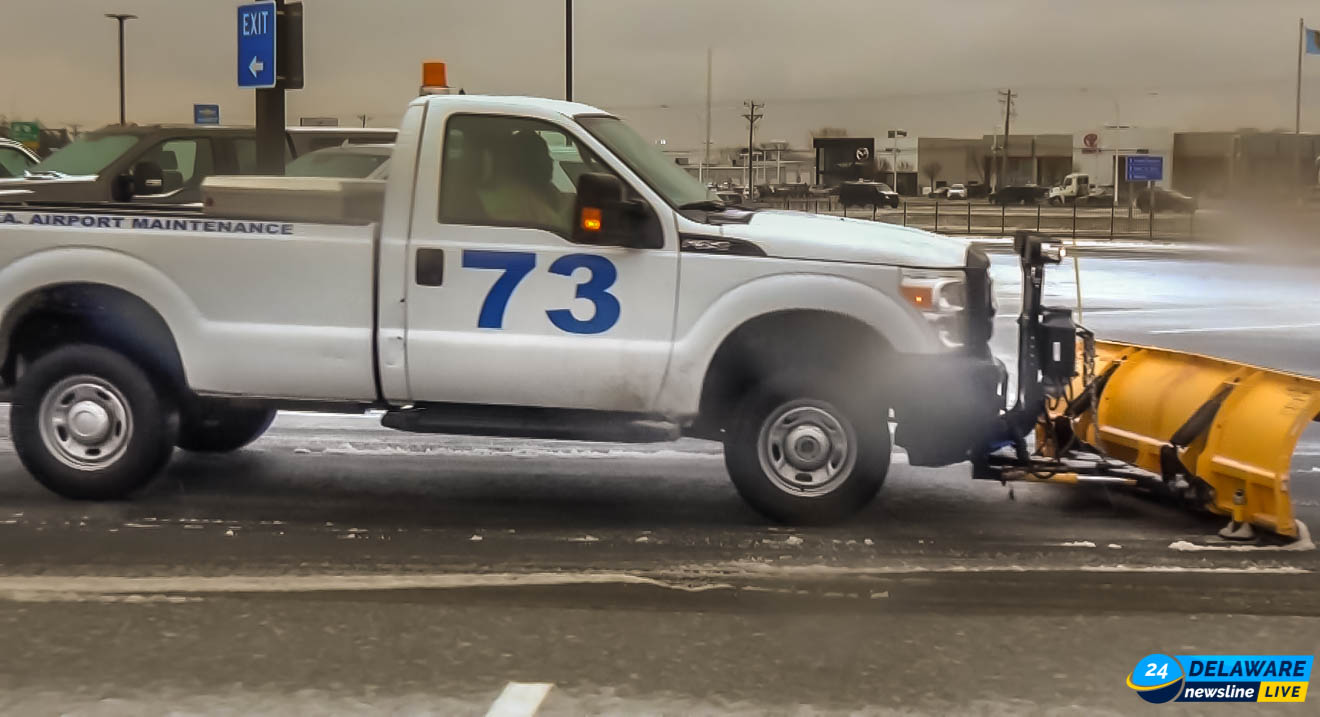 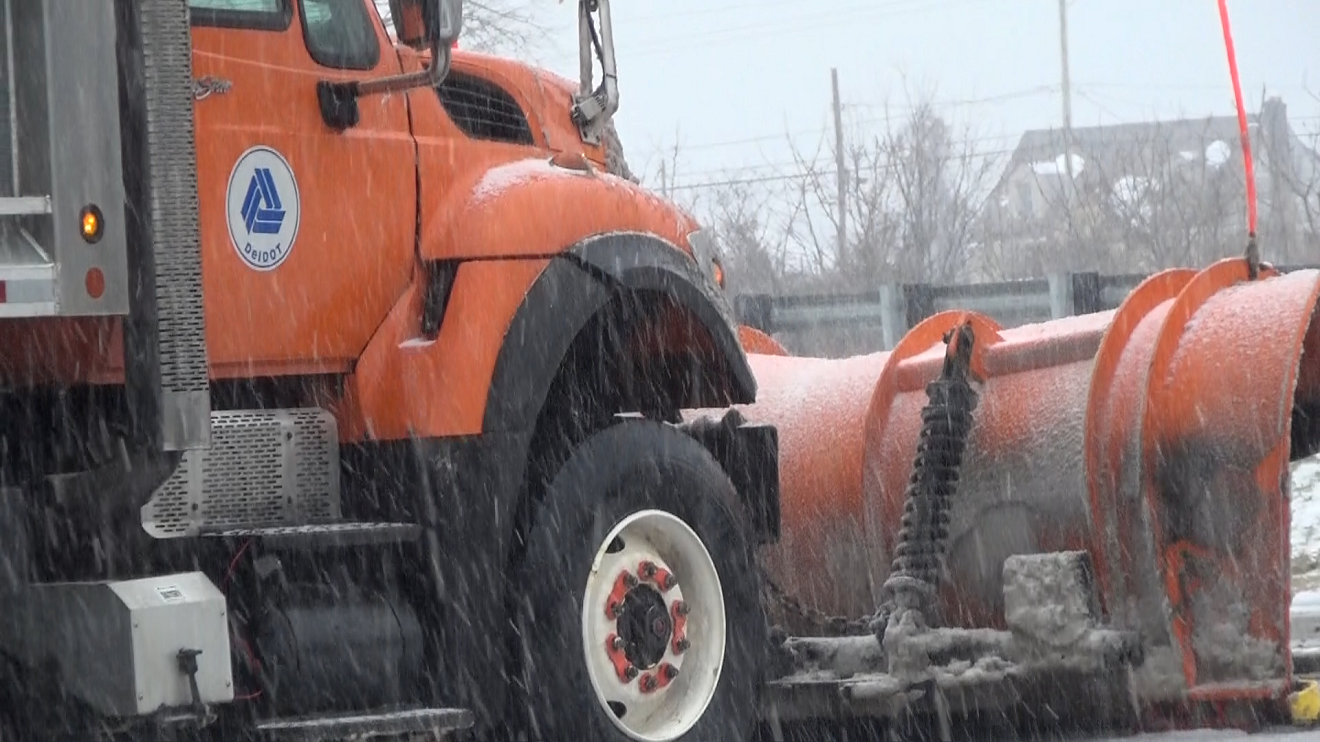 Now DELDOT has been working non-stop and as you can see they are using a combination of salt and sand and according to some experts, the combination does very little on frozen surfaces.

According to a spokesperson with Scientific American, “Salt that’s dumped on top of ice relies on the sun or the friction of car tires driving over it to initially melt the ice to a slush that can mix with the salt and then won’t refreeze. Pre-treating with solid salt relies on the warmer road surface to initially melt any snow or freezing rain so that it can properly mix with the salt. This is also why pre-treatment of bridges—which are colder than other roads—does not typically work, and why you see “bridge freezes before road” signs.

These salt solutions decrease the freezing temperature of water to around 15 F. So, unfortunately for folks facing truly frigid temps, treating with salt won’t get rid of ice on their roads.

An alternative strategy used at these lower temperatures is putting sand on the ice. Sand doesn’t change the melting temperature, it just provides a rough surface for your tires to prevent slipping and sliding.”

DELDOT is the only agency in the state that works as hard and as long as they do to keep our roads safe but that’s not always the case in some other areas where the responsibility lays on other jurisdictions, such as the county where we are seeing roads that are being left un-plowed and untreated such as those that lay or leads into communities, backroads, side streets, and rural route roads such as Route 9.

From the look of things, I can tell you as the hour goes on and the temperatures once again begin to fall were going to see a lot more ice and dangerous driving conditions so if you don’t have to be out here you shouldn’t. Stay off the roads and let DELDOTdo their work.

When asked about how many emergency responses New Castle County Paramedics made during the storm that were weather related, spokeswoman Abigail E. Haas said they only made one response that was possibly weather related.

“It appears that we only responded to a single call which may have been directly resultant of road conditions.,” S/SGT Abigail E. Haas | NCC Paramedics Spokeswoman 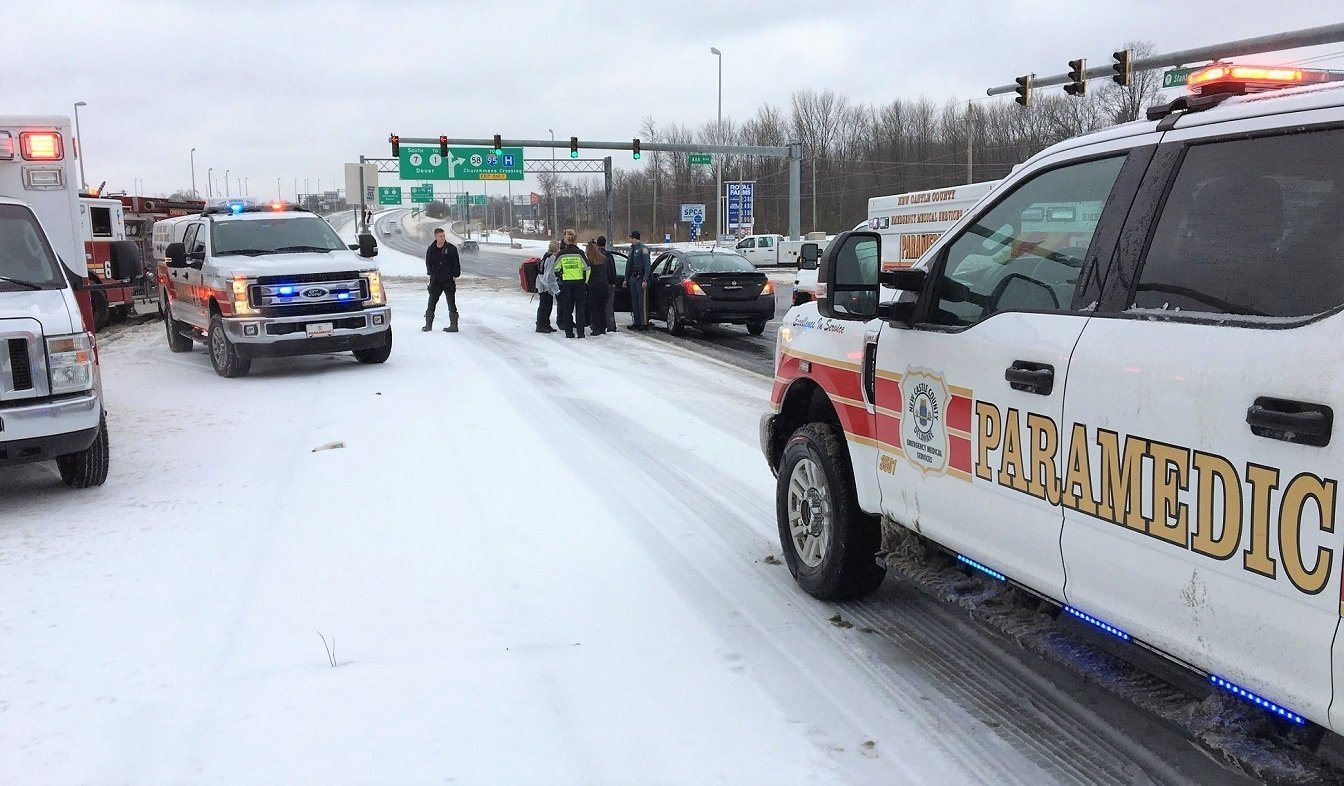 Photo by NCC Paramedics | Medics are advising motorists to use caution as driving conditions worsens during Thursday’s snow storm.

Police across the state have also been making responses due to the bad weather. We reached out to New Castle County Police who have not responded to our request for storm related statistics which is not an unusual tactic from the agency. However, Delaware State Police did respond to our request for information and say they have responded to 131 incidents from 8:00 a.m. to 8:00 p.m. throughout the state, with New Castle County having the largest amount of incidents.