In the days to come, engineers will pore over the rover’s system data, updating its software and beginning to test its various instruments.

PASSADENA (CA) BY NASA STAFF: Less than a day after NASA’s Mars 2020 Perseverance rover successfully landed on the surface of Mars, engineers and scientists at the agency’s Jet Propulsion Laboratory in Southern California were hard at work, awaiting the next transmissions from Perseverance. As data gradually came in, relayed by several spacecraft orbiting the Red Planet, the Perseverance team were relieved to see the rover’s health reports, which showed everything appeared to be working as expected.

Adding to the excitement was a high-resolution image taken during the rover’s landing. While NASA’s Mars Curiosity rover sent back a stop-motion movie of its descent, Perseverance’s cameras are intended to capture video of its touchdown and this new still image was taken from that footage, which is still being relayed to Earth and processed. 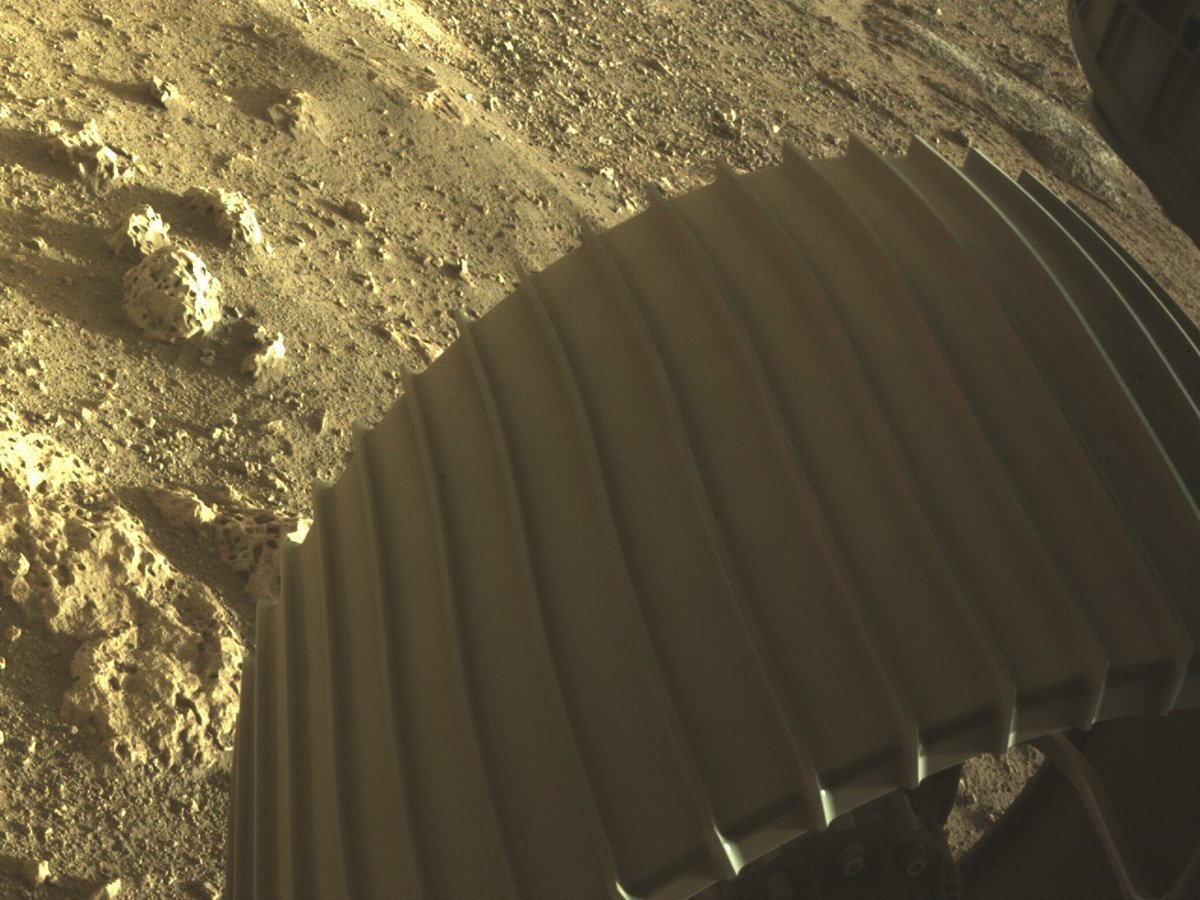 Photo by NASA/JPL-Caltech. | This high-resolution image shows one of the six wheels aboard NASA’s Perseverance Mars rover, which landed on Feb.18, 2021.

Unlike with past rovers, the majority of Perseverance’s cameras capture images in color. After landing, two of the Hazard Cameras (Hazcams) captured views from the front and rear of the rover, showing one of its wheels in the Martian dirt. Perseverance got a close-up from NASA’s eye in the sky, as well: NASA’s Mars Reconnaissance. Orbiter, which used a special high-resolution camera to capture the spacecraft sailing into Jezero Crater, with its parachute trailing behind. The High Resolution Camera Experiment (HiRISE) camera did the same for Curiosity in 2012. JPL leads the orbiter’s mission, while the HiRISE instrument is led by the University of Arizona.

Several pyrotechnic charges are expected to fire later on Friday, releasing Perseverance’s mast (the “head” of the rover) from where it is fixed on the rover’s deck. The Navigation Cameras (Navcams), which are used for driving, share space on the mast with two science cameras: the zoomable Mastcam-Z and a laser instrument called SuperCam. The mast is scheduled to be raised Saturday, Feb. 20, after which the Navcams are expected to take panoramas of the rover’s deck and its surroundings. 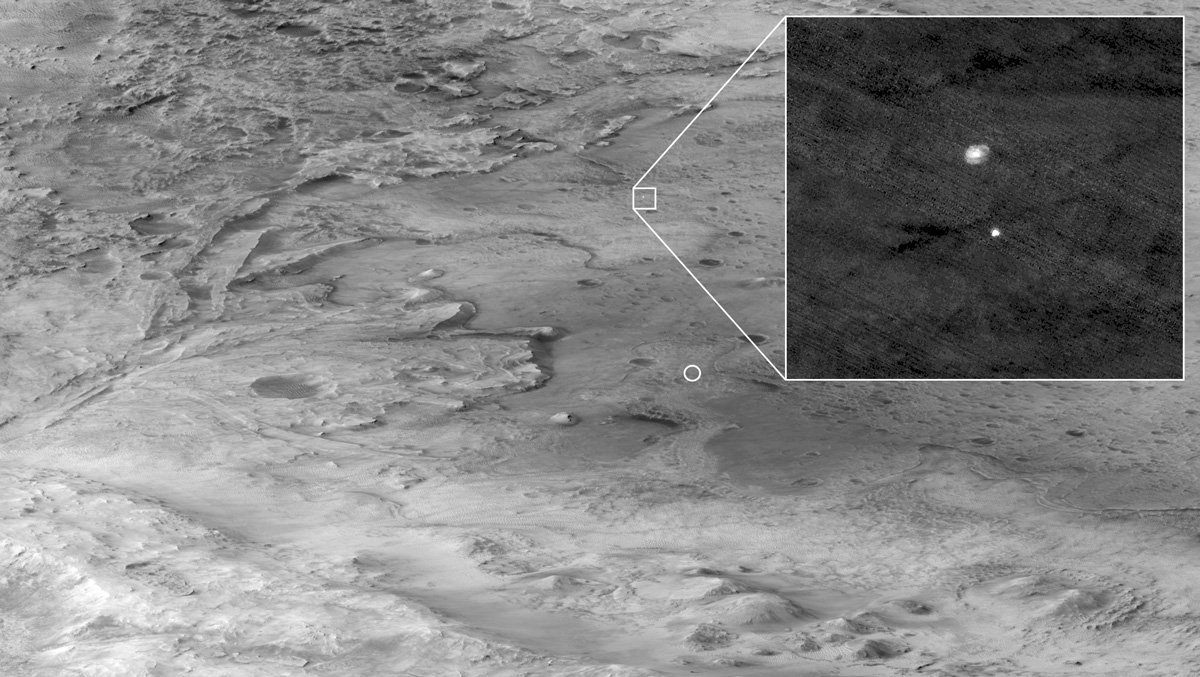 Photo by NASA/JPL-Caltech/University of Arizona. | The descent stage holding NASA’s Perseverance rover can be seen falling thorough the Martian atmosphere, its parachute trailing behind, in this image taken on Feb. 18, 2021by the HiRISE camera aboard the Mars Reconnaissance Orbiter. An ellipse indicates where Perseverance eventually touched down within Jezero Crater.

In the days to come, engineers will pore over the rover’s system data, updating its software and beginning to test its various instruments. In the following weeks, Perseverance will test its robotic arm and take its first, short drive. It will be at least one or two months until Perseverance will find a flat location to drop off Ingenuity, the mini-helicopter attached to the rover’s belly, and even longer before it finally hits the road, beginning its science mission and searching for its first sample of Martian rock and sediment.