A warrant for Plenty has been obtained charging him with one count of Carrying a Concealed Deadly Weapon after he was seen on video surveillance fleeing the scene with a firearm.

NEWARK (DE) BY DIGITAL STAFF: Newark Police say they are searching for Abian Plenty, 21, of Wilmington after they say he was seen on video surveillance running with a gun in his hand during a February shooting incident at the Red Roof Inn in Newark.

Newark Police Detectives who continue to investigate the shooting, didn’t release any other information other than said the investigation was ongoing and that they identified Plenty as a person who was present during the shooting.

According to police spokesman Andrew Rubin, “A warrant for Plenty has been obtained charging him with one count of Carrying a Concealed Deadly Weapon after he was seen on video fleeing the scene with a firearm.”

Rubin said, “Plenty is last known to have lived in Wilmington, but his current location is unknown.”

Within days of the shooting, police arrested 18-Year-Old Carlos Vasquez. Police said at the time, “Vasquez is believed to be one of the people that fired a gun during the course of the initial shooting.,” Said Newark Police spokesman Andrew Rubin. “He is not, however, believed to be the one that shot the victim.,” 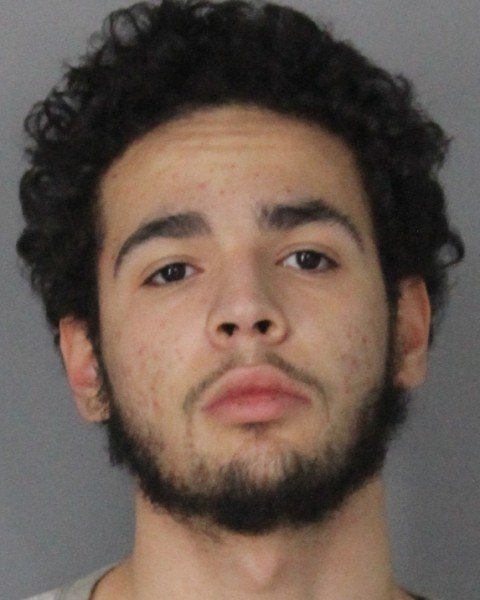 Photo by NPD | Newark Police have arrested 18-Year-Old Carlos Vasquez who they say was involved in a shooting at the Red Roof Inn earlier this month on South College Avenue.

Vasquez was taken into custody without incident after Newark Police, who was assisted by New Castle County Police served a search warrant at a residence.

The investigation came earlier in February after officers responded to the Red Roof Inn in the 1100 block of South College Avenue for a report of a shooting that had just occurred. Officers arrived and engaged in a short vehicle pursuit with a vehicle leaving the scene. Police said the vehicle was eventually stopped and persons from the vehicle were detained. Police said at the time that their involvement in this incident was under investigation.

Anyone with information about this incident or Plenty’s location is asked to contact Det. W. Anderson at (302) 366-7100 x. 3469 or wanderson@newark.de.us. Additional methods for providing information to Newark Police can be found on our tips page, where reward information may also be available.