A woman riding on her motorcycle near Wilmington was chased, shot at, and then crashed into a parked vehicle late last night Delaware State Police said.

WILMINGTON (DE) BY DIGITAL STAFF: Delaware State Police are investigating a shooting that happened on I-95 near the Martin Luther King Jr. exit Saturday morning.

The 18-Year-Old woman, who was not identified by police, was transported to an area hospital in stable condition.

Police say the woman was riding her motorcycle, a Kawasaki EX4, on I-95 in the Northbound lanes in the Saturday around 1:30 a.m. when unknown suspects began shooting at her from a vehicle.

The victim turned onto North Walnut Street and attempted to get away from the suspects as they continued to chase and shoot at her, but as the woman attempted to make a left turn, she crashed into a parked car and fell to the ground.

Police said, after she crashed and was on the ground, “The suspect vehicle stopped next to her before fleeing the area.” Because they stopped, the suspects were able to be identified as a black male operator and black front seat passenger. However, the suspect vehicle is unknown at this time police said.

The victim was transported to an area hospital in stable condition for a gunshot wound to her lower extremity.

Anyone with information regarding this incident should contact Delaware State Police Troop 2 Major Crimes Unit by calling 302-834-2620. Information may also be provided by calling Delaware Crime Stoppers at 1-800-TIP-3333 or via the internet at http://www.delaware.crimestoppersweb.com . 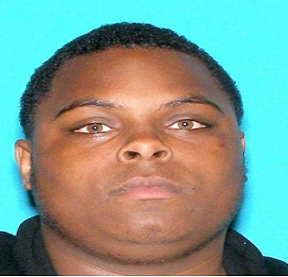