According to New Castle County Paramedics, the accident happened around 5:30 a.m. on I-495 Southbound on the off ramp to Edgemoore Road.

WILMINGTON (DE) BY DIGITAL STAFF: Delaware State Police is investigating an early morning crash that critically injured one and sent two others to area hospitals.

According to New Castle County Paramedics, the accident happened around 5:30 a.m. on I-495 Southbound on the off ramp to Edgemoore Road.

Because the accident was reported to have multiple victims and an overturned vehicle, multiple fire companies including Brandywine Hundred, Claymont, Holloway Terrace, Minquadale, Five Points, and Delaware State Police Aviation were dispatched to the scene. 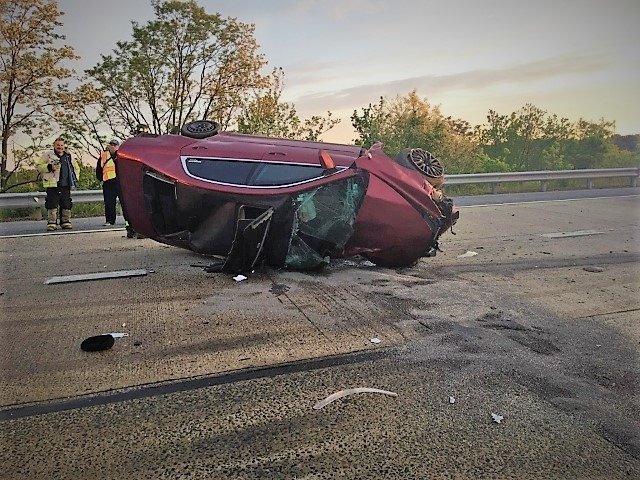 “Paramedics found a 29-year-old male patient, in care of Claymont Fire Company EMTs. The patient suffered injuries to his neck and abdomen.,” Said Oliver Kocher, a spokesman with New Castle County Paramedics, “The patient was treated on scene by New Castle County Paramedics and Claymont Fire Company EMTs and was transported to Christiana Hospital via Delaware State Police Aviation Helicopter.”

“The patient was in critical condition at the time of transport.,” Kocher added.

According to Jason Hatchell, a Delaware State Police spokesman, A Chevy Cruze was traveling Northbound I-495 in the left lane and for unknown reasons left the roadway and struck the center median barrier.

“The Cruze then went air born over the median and entered the Southbound lanes of I-495 and struck the driver side of a Buick Enclave.,” Hatchell said.

The roadway was closed for approximately 1.5 hours. Impairment does not appear to be a contributing factor., police said.

One dead in early evening shooting in Paulsboro, New Jersey