“The City will continue to work with its criminal justice partners to ensure that those who are a threat to our community are not released back into City neighborhoods.,” | Mayor Mike Purzycki

WILMINGTON (DE) BY DIGITAL STAFF: Wilmington Mayor Mike Purzycki today addressed the increasing problem of violent crime, the proliferation of guns, and the use of firearms earlier this week.

According to a news release from the Mayor’s office, The Mayor said while relentless law enforcement efforts will continue to remove illegal guns and gun offenders from the streets, he is committed to City efforts to rebuilding failing neighborhoods, providing better living conditions for young people, partnering with social service agencies, supporting better mental health services, and promoting stronger schools.

Until these conditions are mitigated, the Mayor said the City will continue to work with its criminal justice partners to ensure that those who are a threat to our community are not released back into City neighborhoods.

“Mayors of cities with high rates of poverty experience an inevitable feeling of helplessness when violent crime spikes as it has recently in Wilmington, and the public wants to know what he or she is doing about it. Senseless murders challenge our sense of reason. The violence is deliberate and remorseless. Witnesses are too frightened to come forward. Families themselves beg for help with unmanageable young men.

The usual list of suggested panaceas resurfaces—curfews, rehabilitation programs, violence interrupters, social programs, and intervention specialists. All promise more than they can deliver. While I remain dedicated to assisting those individuals returning to the community from prison, I have come to believe that while these various strategies can be effective in helping individuals, they are not effective in transforming widespread behaviors.

Rest assured that if there were a clear roadmap to follow, Wilmington, like cities across America, would be following it. There is no roadmap. Crime is a symptom of weak social structures, poverty, and social isolation. These problems are deeply organic in nature. The violence is generally born of gang activity, petty interpersonal conflicts, and drug-related competition for territory among unemployed and alienated young men. We see a growing pattern of perpetrators of gun violence becoming shooting victims themselves. A recent homicide victim was shot while on probation after pleading guilty to a shooting when he was fifteen years old. All of this is a function of a street culture that glorifies this very violence. Young men carry, they say, to defend themselves. You hear them say that they do not expect to live to 25. That they would rather be judged by twelve than be carried by six. These are, unfortunately, deeply ingrained belief systems that promote destructive personal behaviors.

Wilmington has long endured stubborn poverty and an intractable crime problem. After experiencing the lowest level of violent crime in a decade in 2018, Wilmington’s gun crime rate slowly increased at the end of 2019 and then spiked throughout 2020. Thirty-one people lost their lives to gun violence in our City last year, a 35% increase over the year before. One hundred sixty-eight people were shot, a fifty percent increase over 2019—almost one shooting every other day. Based on the size of our population and depending on where one lives, Wilmington can be a dangerous city. The question for us is what we do about it.

It is important for context to understand that Wilmington is not alone in experiencing an increase in violent crime. A report by the Council on Criminal Justice found that among 21 cities with relevant data, homicide rates increased by 42% year over year during the summer of 2020 and 34% during the fall. Cities like New York, Philadelphia, Atlanta, and New Orleans all are experiencing sharp increases in homicides. The Police Executive Research Forum found that homicides increased 28% in the first nine months of 2020 among 223 agencies. If anything, matters have gotten worse in 2021. None of this lets us off the hook for taking responsibility for managing our own crime problem, but it is helpful to understand that there is a social dynamic occurring that is surely not unique to Wilmington. 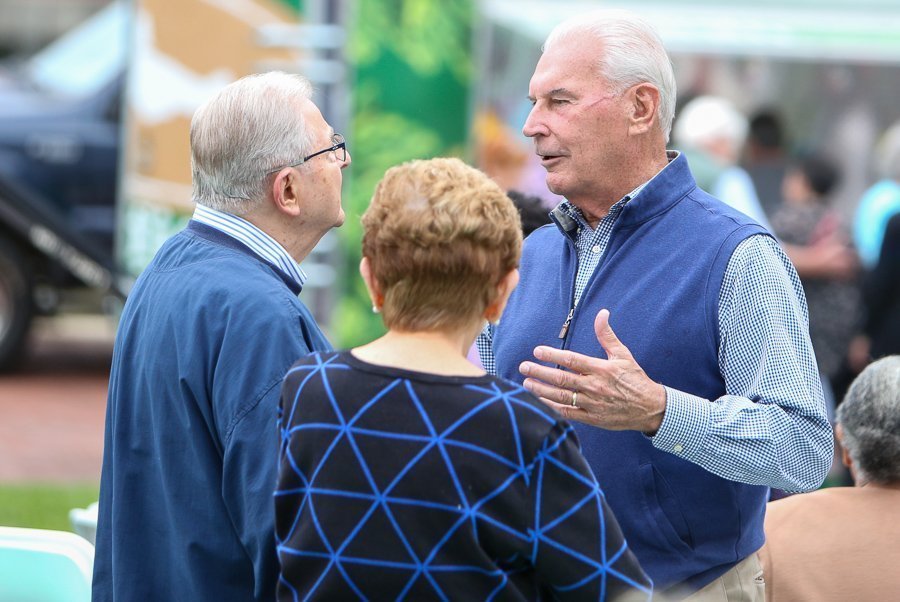 An objective look at crime in Wilmington reveals the weaknesses in our system. First, there are too many guns on the streets owing in part to America’s obsession with firearms. There were 40 million guns purchased in America last year. Second, there are too many offenders with prior gun charges walking the streets of our City. Our violent crime inevitably increases as these individuals are released back into the community.

It is an article of faith that if we do not fix the society’s underlying economic and social ills, we will never reduce crime in the long run. But while we wait for long term strategies to take root, we are left with turning to our police to manage these problems.

The public can have every confidence that the Wilmington Police Department is doing its job, but the system itself is failing us. Consider that in 2020:

These facts point to structural failures in dealing with those individuals who are chronic gun offenders. There are too many guns on the streets and too little resolve in the criminal justice system to remove the offenders from our community. No one wants to see young men waste their lives in prison, but we are left with no other choices. The public demands and deserves protection. No one who is a person prohibited from carrying a firearm should be given a low bail when found carrying a handgun. And no one who has multiple gun arrests should be released into the public before serving a serious sentence.

In fairness, because of the pandemic, the criminal justice system has been on pause for over a year, which has limited the disposition of criminal cases, including serious gun charges. In other words, too many of those who have been arrested have been out in our neighborhoods during this past year while waiting for trial. In Wilmington in 2020, two men were murdered while on bail awaiting trial.  Furthermore, the pandemic has created not only economic stresses but social stresses as well, resulting in deadly personal confrontations that would have been brushed off in more normal times. Lastly, there is a wide belief among law enforcement professionals that a proliferation of firearms is a major contributing factor in the level of gun violence.

The public should know that I consider every shooting a personal failure. But I cannot afford to feel helpless.  I will continue to do what I believe, in the long run, are the only things that will work for our City.  We must rebuild our failing neighborhoods, provide better living conditions for young people, partner with social service agencies, support better mental health services, and promote stronger schools. And finally, we will work with our criminal justice partners to ensure that those who are a threat to our community are not released back into our neighborhoods while they pose a threat to residents.

I have committed the City government to spend tens of millions of dollars in our neighborhoods over the next several years to rebuild housing, remove blight, and demolish vacant and dilapidated properties. This is in addition to the $11 million to improve our parks and a City recreation center over the past four years. These investments are part of an overall effort to create a healthier city and in the end to reduce criminal behavior.

Our objectives are clear—to be a just city where our aspirations can flourish and the means to reach them are available to all. As we acknowledge that achieving these goals defy simple solutions, our institutions, including the community itself, are called upon to support our neighbors, to support the police whose job it is to protect us, to embrace our children, and to demand a concern for the public good from each of us.”

Did you know the COVID-19 Vaccination “Waiting List” Ended Friday?