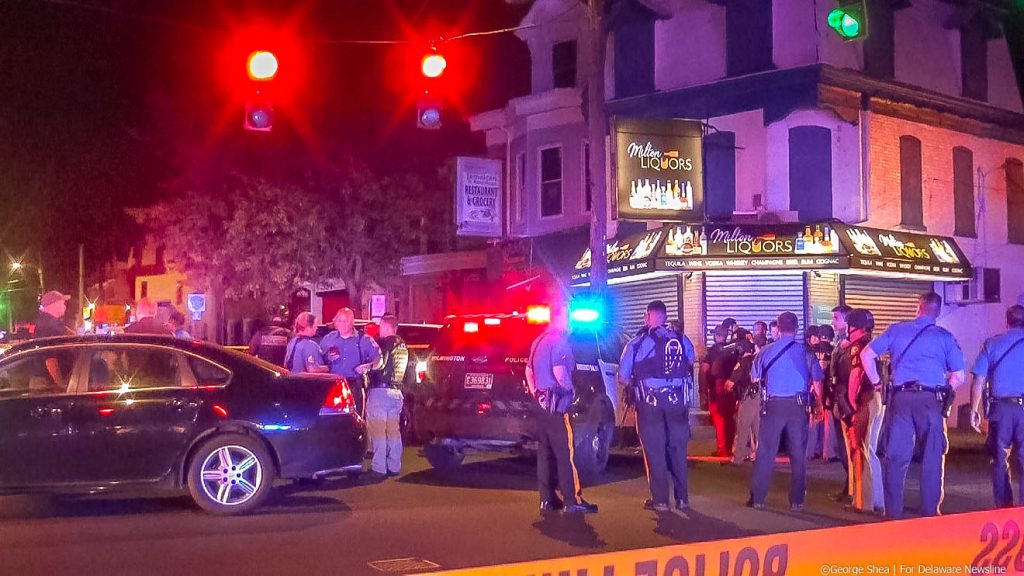 Three Wilmington Police Officers were shot and injured Wednesday night while responding to a service call on N. Market Street.

WILMINGTON (DE) BY GEORGE SHEA: An hourslong stand-off has ended after three Wilmington police officers were shot by a suspect at 24th and North Market Street around 9:30 p.m. Wednesday night.

A shelter in place that was in effect for more than eight hours was lifted around 10:30 a.m. Thursday morning. “Residents and others in the area surrounding this incident are no longer asked to shelter in place.,” Said Dave Karas, Communications Director for Wilmington Police Department. “There is no immediate threat to the public at this time.”

There’s was no word on a suspect or if an arrest has been when the shelter in place was lifted, and Wilmington Police would not elaborate, citing “The investigation is ongoing, and more information will be released as soon as possible.”

The dramatic and intense Wednesday night began around 9:30 p.m. along the North Market Street corridor after a gunman opened fire from an apartment at the King Plaza Apartments, located at 2450 N. Market Street.

A witness told members of the media she heard gunshots and came outside to see what was going on. When she came outside, she saw a Wilmington Police officer carrying one of the injured officers to the front of his patrol car where he laid the injured officer down on the ground. He was then given first aid until additional police and emergency medical services arrived.

Community members were yelling profanities at officers who were carrying out the wounded officers.

All three officers are expected to make a full recovery according to the Fraternal Order of Police (FOP).

“The officers were taken to an area hospital where one officer was treated and released, and the other two officers will undergo surgery.,” Said Greg Ciotti, president of FOP Lodge 1. “They are expected to make a full recovery.,” Jamie Leonard, president of the Delaware State Lodge FOP, added.

Following the scene being partially cleared but still with a heavy police presence early Thursday afternoon, Karas confirmed in a news release that “The three injured officers were transported to the hospital in stable condition; one of the officers has been treated and released.”

Police were responding to a service call at the location when they when a gunman opened fire on them.

According to police, the officers were responding to a service call at 2450 N. Market street around 9: 30 p.m. when they were shot.

“At approximately 9:29 p.m. on Wednesday, June 2, Wilmington Police received a 9-1-1 call regarding an in-progress domestic dispute in the 2400 block of North Market Street.,” Said Wilmington Police Communications Director, Dave Karas. “Responding officers attempted to make contact with the male suspect involved in the domestic incident, who was identified as 31-year-old Bernard Goodwyn of Smyrna.”

“As the officers made entry into the apartment, Goodwyn opened fire on the officers with a firearm. Three Wilmington Police officers were struck by gunfire.,” Karas said.

Radio Communications was being monitored by the News Desk staff at Delaware Newsline.

While the drama unfolded on N. Market Street, our News Desk was monitoring the radio communications between the officers and the Wilmington Police Department dispatcher.

After arriving on scene, a Wilmington Police dispatcher gave the officers a radio silence prohibiting any other officer from communicating with the dispatcher except for the officers at the incident, then moments later, gunfire rang out and the three officers were down.

The dispatcher then called out “Officer Down” over the radio. Police and emergency vehicles from every department imaginable began racing to the scene.

WILMINGTON COMMUNITY: There was already a large police presence before the officers were shot.

According to members in the community, there was already a large police presence before the officers were shot. Following the shooting, there were more than 100 emergency vehicles that lined up along N. Market Street from Concord Avenue to 27th Street that including the ATF and FBI.

Police from outside agencies had side streets closed on N. Tatnall Street from 23rd street to 27th street going east towards N. Market Street.

Throughout the dramatic ordeal, Police negotiated with the suspect for more than 12 hours.

Police negotiated with the suspect for more than 12 hours throughout the dramatic ordeal. SWAT vehicles were seen storming up N. Market Street towards 24th street where the suspect was believed to be barricaded inside an apartment building.

Originally a parameter was sent at 23rd & N. Market Street but within an hour police had moved the parameter back by two blocks in all directions. As the night went on, police kept extending and making adjustments to the parameter, and by 1:30 a.m. a shelter in place was issued.

Police asked those located in the area between 23rd Street and 27th Street, from West Street to Carter Street, to shelter in place and await further instructions from police.

Delaware Newsline heard radio communication about the airlifting of a SWAT commander so he could get a better view of the suspects location.

According to media outlets at the scene Thursday morning, around 6:00 a.m., a Wilmington Fire Department Ladder truck was positioned outside a window on the top floor of the King Plaza Apartment building where a young woman and child was, and they were removed by six officers who entered the building through a window.

Around 7:00 a.m. SWAT officers made entry into the room where Goodwyn was located. “Officers found him to be deceased with an apparent self-inflicted gunshot wound.,” Said Karas. “His body was turned over to the Delaware Division of Forensic Sciences for further investigation.”

Karas also said “The suspects firearm was recovered at the scene.”

The officers shot Wednesday night are the first Delaware officers shot in the line of duty since T.J. Webb., a Milford officer who was shot Dec. 10 near Rehoboth while trying to apprehend a murder suspect. Webb was assigned to the U.S. Marshals Violent Fugitive Task Force in Delaware.

The Police Response From Outside Agencies Was Massive, but was it really necessary?

The response from outside agencies was massive and for some, unnecessary, taking away resources from outside departments – and police services the community was relying on during the ordeal.

Police also kept people from accessing their homes that were not even near the crime scene – some with health problems including a woman who we saw in a wheelchair waiting for the ordeal to end at Concord Avenue and N. Market Street.

We saw one man beg police to let him get to his children who was in the building and alone but police kept telling him no with no concern of the children in a building where a suspect was holed up.

Police was being aggressive towards residents at the scene, one man was even chased by an officer to a certain distance.

At 23rd & N. Market Street where police had a sealed off the street with tape, spectators near the tape were being screamed at by a female officer who then began chasing a man who was responding to her screams, saying, “That’s no way to talk to people.” 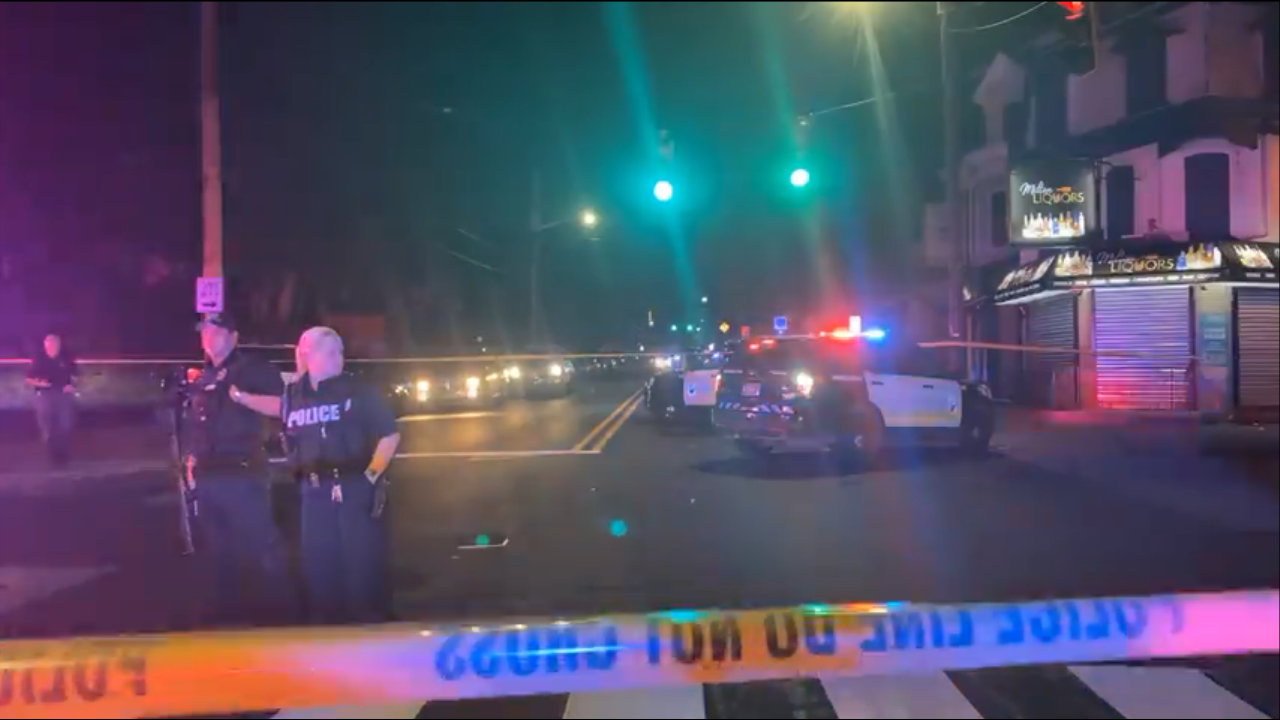 Photo by George Shea For Delaware Newsline | This female police officer was seen being aggressive towards members of the community who were not interfering with their investigation. At one point, she was seen fast walking towards a spectator after screaming at him to go back two more blocks, and getting a verbal response from him saying, “who you talking to like that, that’s no way to talk to people”

She was telling people to move further back, then ordered everyone back by two blocks even though the tape was at 23rd & N. Market Street.

Shortly after she then began attacking members of the media, telling them to move back.

Pastor Derrick Johnson said he believes “There’s a gap in Wilmington between police and community, and the perception is that we’re a community under siege.”

The Delaware Community Reacts To The Shooting Of The Three Officers.

My thanks and appreciation to those who have expressed their good wishes and prayers for the speedy recovery of three Wilmington Department of Police – Delaware officers who were shot last night while responding to an incident on North Market Street. I visited with two of the officers this morning and spoke to the other officer by phone. They are in good spirits and are being well cared for by wonderful medical professionals and are with their supportive families.

Chief Tracy and his officers, assisted by the Chief Looney and the Wilmington Fire Department, along with our other partner police agencies managed a very tense and dangerous situation throughout the night. The incident also displaced some nearby residents while others were forced to shelter in place. The situation is now under control and the police investigation is continuing.

We need to get our officers well and to ensure that local residents can return to their normal routines as quickly as possible. Protecting and defending the City of Wilmington, Delaware and its people is a tremendously difficult task, but our officers and their law enforcement partners do an outstanding job!

Pastor Derrick Johnson, who’s church is on the same block said “It’s a sad day in my community.”

“It’s a sad day in my community. It’s a sad day when anybody shoots at or shoots law enforcement, but it’s also a sad day when our community is so divided and so afraid of the police in some ways that the deployment is not a more important topic for city, our mayor,” said Pastor Derrick Johnson, who’s church is on the same block.

Senator Chris Coons said he was praying for the wounded officers of the Wilmington Police Department and thankful that they are in stable condition.

In a Facebook post by Senator Chris Coons, he said, “I am praying for the wounded officers of the Wilmington Police Department and thankful that they are in stable condition, on the path toward a speedy recovery. I’m grateful for their service and thinking about the first responders and the residents of Wilmington impacted by this tragic incident.”

“I’m praying for a full and speedy recovery for all 3 officers and the victims.,” said Delaware Congresswoman Lisa Blunt Rochester.

Governor John Carney said, “Tracey and I are praying for the Wilmington PD officers shot in the line of duty, their families, and their fellow members of Delaware’s law enforcement community.”

New Castle County Executive Matt Meyer said his thoughts are with the Wilmington Department of Police – Delaware officers who were shot in the line of duty last night, and I’m thankful they’re in stable condition.

My thoughts are with the Wilmington Department of Police – Delaware officers who were shot in the line of duty last night, and I’m thankful they’re in stable condition. New Castle County Police officers, Delaware State Police troopers and numerous other agencies assisted at the scene last night and we stand ready to assist the Delaware State Police however we can.

Gun violence in our communities threatens our children, our loved ones and those who serve and protect us each and every day. This is a public health crisis that existed before the pandemic, and has continued through it. We must all work together to keep our communities safe. 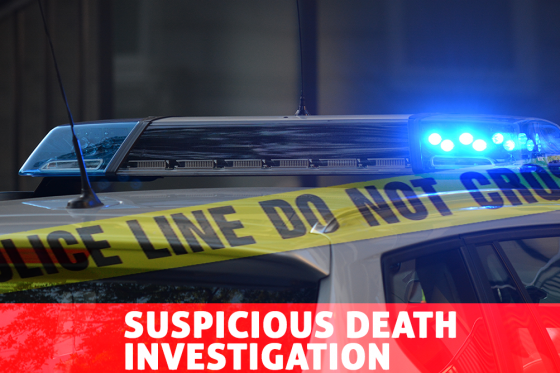