“We are glad to see our three wounded officers continue to make progress in their recovery,” said Chief Tracy.

Speaking for the first time since the incident unfolded Wednesday night, Chief Robert J. Tracy expressed his optimism as the three officers continue on the road to recovery, as well as his appreciation for the support of our partner public safety agencies and the community.

“We are glad to see our three wounded officers continue to make progress in their recovery,” said Chief Tracy. “We are thankful for the outpouring of support that these officers and our agency and community have received in the wake of this tragic assault on public safety and our City as a whole. The support of those living in the surrounding area, other residents, formal and informal community leaders, and partner law enforcement agencies and others in our region and beyond is greatly appreciated.” 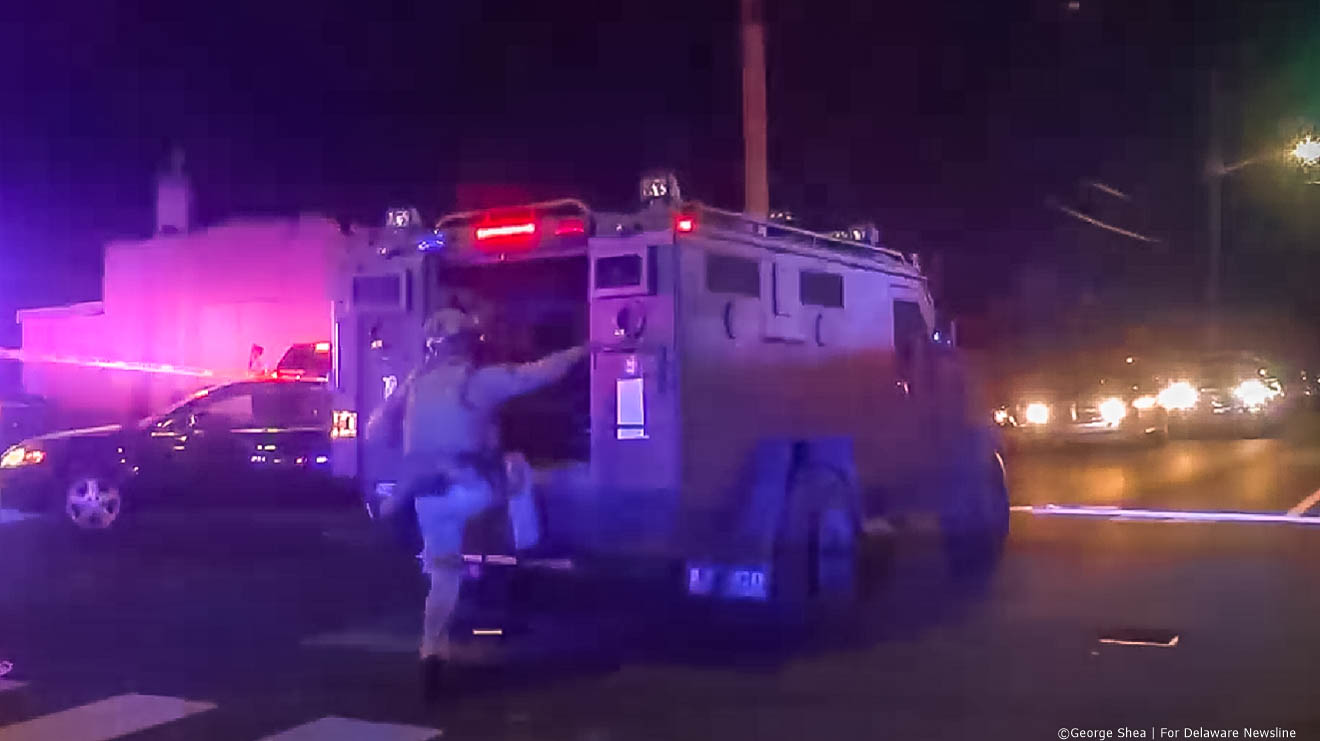 The dramatic and intense Wednesday night began around 9:30 p.m. along the North Market Street corridor after a gunman opened fire from an apartment at the King Plaza Apartments, located at 2450 N. Market Street.

A witness told members of the media she heard gunshots and came outside to see what was going on. When she came outside, she saw a Wilmington Police officer carrying one of the injured officers to the front of his patrol car where he laid the injured officer down on the ground. He was then given first aid until additional police and emergency medical services arrived.

While the officers were being rescued, community members were heard yelling profanities at officers who were carrying out the wounded officers.

According to police, the officers were responding to a service call at 2450 N. Market street around 9: 30 p.m. when they were shot.

“At approximately 9:29 p.m. on Wednesday, June 2, Wilmington Police received a 9-1-1 call regarding an in-progress domestic dispute in the 2400 block of North Market Street.,” Said Wilmington Police Communications Director, Dave Karas. “Responding officers attempted to make contact with the male suspect involved in the domestic incident, who was identified as 31-year-old Bernard Goodwyn of Smyrna.”

“As the officers made entry into the apartment, Goodwyn opened fire on the officers with a firearm. Three Wilmington Police officers were struck by gunfire.,” Karas said. 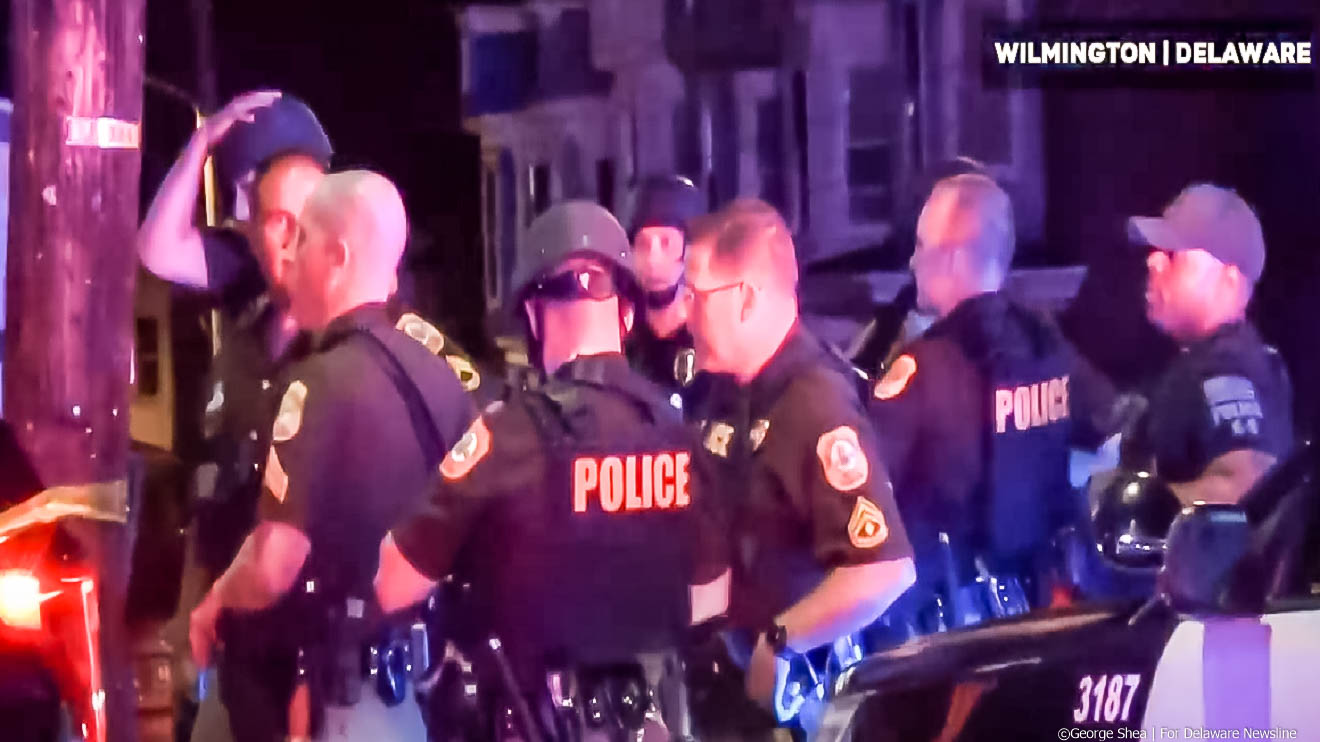 Around 7:00 a.m. Thursday SWAT officers made entry into the room where Goodwyn was located. “Officers found him to be deceased with an apparent self-inflicted gunshot wound.,” Said Karas. “His body was turned over to the Delaware Division of Forensic Sciences for further investigation.”

Karas also said “The suspects firearm was recovered at the scene.”

The officers shot Wednesday night are the first Delaware officers shot in the line of duty since T.J. Webb., a Milford officer who was shot Dec. 10 near Rehoboth while trying to apprehend a murder suspect. Webb was assigned to the U.S. Marshals Violent Fugitive Task Force in Delaware.