According to the Department of Justice, Wilkerson will face two counts of Murder First Degree, two counts of Possession of a Deadly Weapon During the Commission of a Felony, and 11 other crimes. 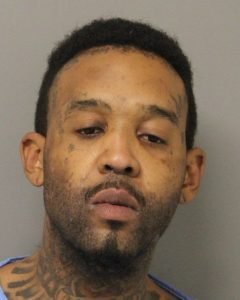 According to the Department of Justice, Wilkerson will face two counts of Murder First Degree, two counts of Possession of a Deadly Weapon During the Commission of a Felony, and 11 other crimes including multiple counts of Assault First Degree, following a brutal assault on Cpl. Heacook and an elderly couple.

If convicted, Wilkerson could face a life sentence.

According to a spokesperson with the Department of Justice, Attorney General Jennings pledged to upgrade his charges to include murder after Cpl. Heacook’s succumbed to his injuries three days after the assault.

“The Heacook family, the Town of Delmar, and the law enforcement community have been living through a nightmare since April 25th,” said Attorney General Jennings. “Keith Heacook was murdered in service to his community, responding to the call of a person who needed help. We can never truly fill the void that he left behind; but we must honor his sacrifice by seeking justice. I’m grateful to the grand jurors who helped ensure that Cpl. Heacook’s killer will be prosecuted to the fullest extent of the law.”

It all happened in the early morning hours on Sunday April 25, 2021, when Heacook, an officer with the Delmar Police Department was dispatched to the 11000 block of Buckingham Drive in the Yorkshire Estates Community for a report of a fight in progress.

The 9-1-1 caller reported one of the occupants, who was later identified as Randon Wilkerson, was being disorderly, fighting with other residents of the house, and destroying items inside the residence. Moments later, a separate 9-1-1 call was received from a neighbor across the street from the original caller, stating he and his wife had been assaulted by a male subject. The caller then stated the assailant was no longer at his house.

According to Delaware State Police, Corporal Keith Heacook was dispatched to the scene to investigate but when he arrived, he was met with a physical confrontation with the suspect inside the home just after 5:00 a.m. 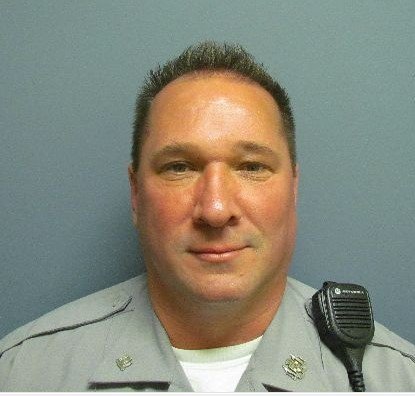 Photo by Delmar PD | Corporal Keith Heacook, who was found unconscious inside a home he responded to on a domestic violence call is fighting for his life. He has been with the department since 1998.

When Heacock wouldn’t respond to dispatchers with a status report, additional officers were dispatched and a Wicomico County Sheriffs Office Deputy and a Delaware State Trooper arrived on scene to find Cpl. Heacook unconscious inside the residence.

“Officers from Laurel Police Department arrived on scene, and upon pulling Cpl. Heacook from the house, began First Aid until Emergency Medical Services (EMS) arrived. Cpl. Heacook was transported to TidalHeath in Salisbury and then given a police escort to Shock Trauma in Baltimore with significant head injuries.”

Heacook died three days later. At the time of his death, Delmar Police Chief Ivan Barkley made the announcement.

“I need you to know that even with his sacrifice, he’s still a hero for someone. His family and the good corporal have graciously decided to donate his organs so someone else may live with his sacrifice. Our community, my department, his family, we all mourn him,” said Chief Barkley at a news conference Wednesday night at the Delmar Police Department.

A spokesperson with Tidalhealth said, “In this time of great tragedy and sorrow, we thank Corporal Heacook and his family for their great courage and their compassion shown to others through the donation of the law enforcement veteran’s organs.”

“From this senseless act will come hope for others. It is the greatest gift from a man who spent his life protecting the lives of others.”

“Unfortunately I just had to tell my 12 year old son that he will never see his father again .. he crumpled up into a ball on the floor crying his eyes out,” “He was simply doing the job he so loved to do – to protect and serve” | Wife of Cpl. Keith Heacock.

Police say after assaulting Heacock, the suspect, later identified as 30-year-old Randon D. Wilkerson, then went across to the street to an elderly couples home and knocked on the back door of the residence. The door was opened by a 73-Year-Old male resident, who was then assaulted by the suspect about the head with a glass object. Police say Wilkerson then repeatedly assaulted a 76-year-old female with the same object before fleeing the house.

Both of those victims sustained significant injury and were transported by ambulance to area hospitals. The female victim was later transported to Shock Trauma in Baltimore. They have since recovered.