NEW CASTLE (DE) BY DIGITAL STAFF: Delaware State Police say 20-Year-Old Saul Rivera-Montalvo of Wilmington is behind bars, and facing several charges including Robbery 1st Degree (Felony), Wearing a Disguise During the Commission of a Felony (Felony), Possession of a Deadly Weapon During the Commission of a Felony (Felony), Theft of a Motor Vehicle (Felony), Disregarding a Police Officer Signal (Felony) – 2 count, and Numerous Traffic Violations in connection to a Memorial Drive carjacking that occurred two weeks ago. 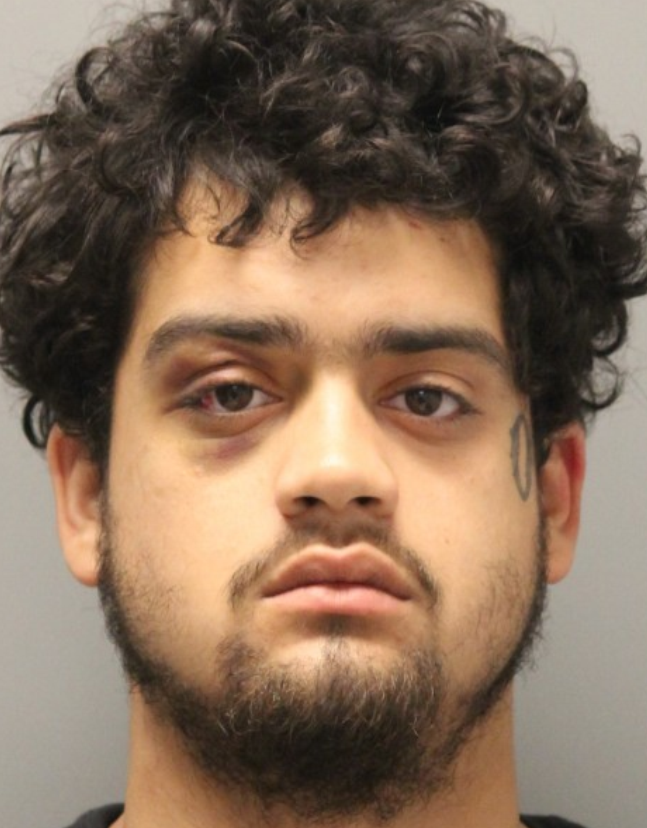 The victim, a 52-year-old man told troopers he parked his 2012 Nissan Altima and exited the vehicle in attempt to retrieve an item from the rear seat when he was approached by a man  who displayed a knife and demanded the keys to his vehicle. Scared for his life, the victim complied and the suspect fled in the stolen car without injuring the victim.

Police said that on June 21, 2021, the suspect, Saul Rivera-Montalvo was observed operating the stolen Nissan Altima. Troopers initiated a traffic stop on the stolen vehicle, but the suspect fled, and a vehicle pursuit ensued.  The pursuit was terminated due to reckless driving and concern for public safety., police said.

Then on June 24, 2021, Saul was identified as a suspect in the theft of a Mazda CX-9 from the Christiana Mall and on June 25, 2021, troopers located the suspect operating the stolen Mazda and were involved in a second vehicle pursuit. Police say the pursuit once again was terminated due to reckless driving and public safety.

Police finally caught up to Saul on June 28, 2021, when Wilmington Police Department located the stolen Mazda parked with Saul occupying the vehicle. Wilmington Police was able to apprehend Saul and take him into custody without incident.

Saul was arraigned in the Justice of the Peace Court #11 and committed to the Howard R. Young Correctional Institution on $55,100 cash bond.

Anyone with information regarding this incident is asked to contact Det. Kirchenbauer of the Troop 2 Criminal Investigative Unit by calling 302-365-8566. Information may also be provided by calling Delaware crime stoppers at 1-800-TIP-3333 or via the internet at http://www.delaware.crimestoppersweb.com

Following the initial incident, police released a bulletin warning the public about an increase in vehicle thefts.

Some car thieves look for cars idling in parking lots. Once they see a car is left unattended, all they have to do is walk up and drive away. The thefts of vehicles can be prevented. Please make sure when you exit your vehicle, your doors are locked, you remove your keys, and you park in a conspicuous location.”