Native to Europe, northern Africa, and western Asia, poison hemlock was introduced into the United States in the 1800s as an ornamental garden plant.

DOVER (DE) CONTRIBUTED BY DEPT OF AGRICULTURE: The Delaware Department of Agriculture is warning all residents about two deadly species of hemlock recently found in Sussex County.

Environmental scientists have confirmed the presence of poison hemlock (Conicum maculatum) and spotted water hemlock (Cicuta maculata). All parts of the plants – leaves, stems, flowers, and roots – are poisonous to humans and animals. 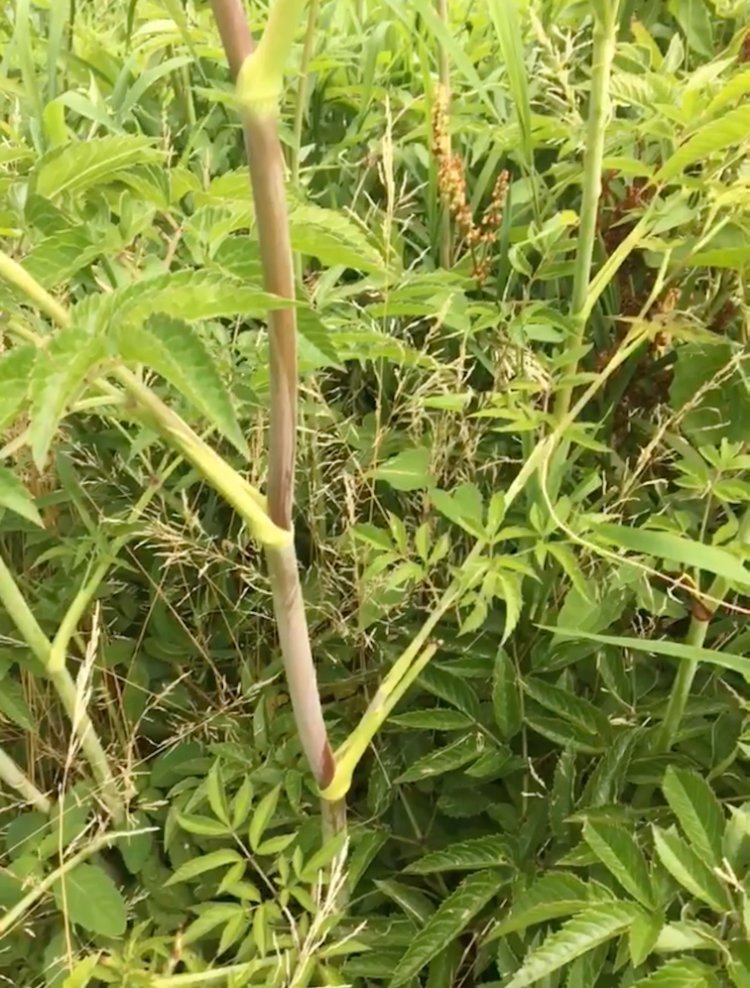 Photo Courtesy of Dept of Agriculture | The stems of the spotted water hemlock can vary in color. The dusty color on the stem can rub off and cause illness.

Both hemlocks are in bloom from June through August. As members of the wild carrot family, both plants have small white flowers in umbrella-like groupings. People may mistake these plants for wild carrot, commonly called Queen Anne’s lace, or wild parsnip or wild celery. People who like to forage for natural foods or cut wildflowers are advised to avoid wild carrot-looking plants to prevent the possibility of being poisoned.

Both the poison hemlock and spotted water hemlock were found in wetland areas in Sussex County. Poison hemlock is also known to grow in ditches, meadows, pastures, and the edges of cultivated fields.

Poison hemlock is an invasive biennial that grows from six to eight feet tall. The stems are hairless and have purple blotches. The plant emits an odor, but people should not crush any part of the plant to smell it because toxic alkaline oils can be released, poisoning the person. Leaves are alternate, dark glossy green, fern-like, triangular, lacey with veins running through the tips of the leaf serrations.

Native to Europe, northern Africa, and western Asia, poison hemlock was introduced into the United States in the 1800s as an ornamental garden plant. 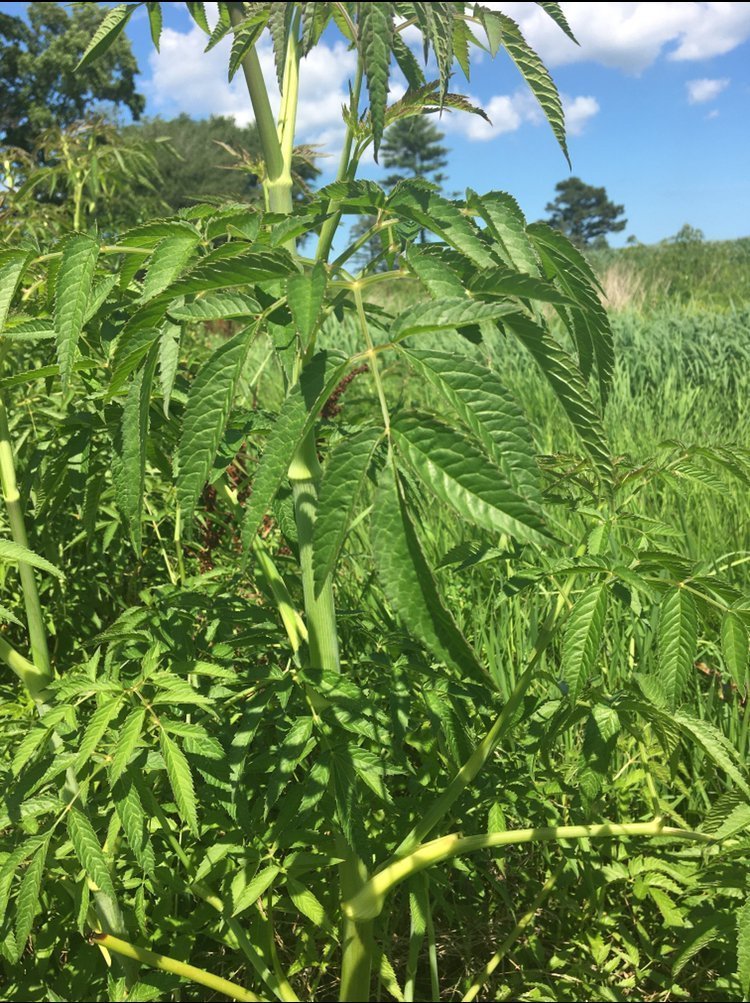 Spotted water hemlock is a native plant that grows up to six feet tall. The stems can vary in color from solid green or purple to green with purple spots or stripes. The leaves are lacey and fern-like, with veins ending at the base of the notch of the leaf edge.

If residents suspect they have found either of these plants, take a picture and email it to DDA.Marketing@delaware.gov for identification.

Residents should not try to eradicate these plants themselves. Residents should find a licensed aquatic pest control company at https://de.gov/pesticides to treat for poison hemlock or spotted water hemlock. It is recommended that people wear long sleeves, long pants, and gloves when working with these toxic plants. The sap can cause skin irritation or a rash in some people, and others may experience serious illness. Mowing the plants is not recommended because toxic particles can be released and inhaled in the air.

Depending on the exposure – direct contact, ingestion, and inhalation – signs and symptoms of poisoning by spotted water hemlock and poison hemlock in humans can appear as soon as 15 minutes to hours and can include nausea, vomiting, diarrhea, stomach pain, irregular heartbeat, dilation of the pupils, respiratory distress, muscle damage, renal failure, and central nervous system involvement causing seizures, with potential for death.

If a person may have ingested either of these plants or cut one of the plants inhaling the toxic particles, call the Poison Control Center at 1-800-222-1222 or 911.

The identification and eradication of these plants are crucial in meadows and fields where livestock and horses graze. If any part of the plant is ingested, toxicity can occur in animals. All classes of livestock are susceptible to poison hemlock. Ingestion of the plant may lead to death within just 2-3 hours, depending on the amount consumed. Fresh leaves of poison hemlock are unpalatable to animals, so livestock and horses seldom eat hemlock if other feed is available.

Clinical signs in livestock usually begin within 30-60 minutes after ingestion. There is no antidote. When animals ingest the plant, the toxin affects nerve impulse transmission to the muscles, and animals die due to respiratory failure. Animals often will be found dead before the illness is determined.