The area where the Dolphin washed ashore was being protected by police and DNREC officials until MERR Institute could arrive and safely transport the animal.

NEW CASTLE (DE) BY GEORGE SHEA: A Dolphin washing ashore is not something you see every day along the Delaware river. Especially in old New Castle where officials were Sunday morning trying to determine how the mammal got there.

It was Sunday morning around 10:30 a.m. when someone walking along the Jack Markell trail in Battery Park in New Castle, heard the Dolphins cry and called the Goodwill Fire Company. Thanks to their quick actions, the Dolphin may have a second chance. 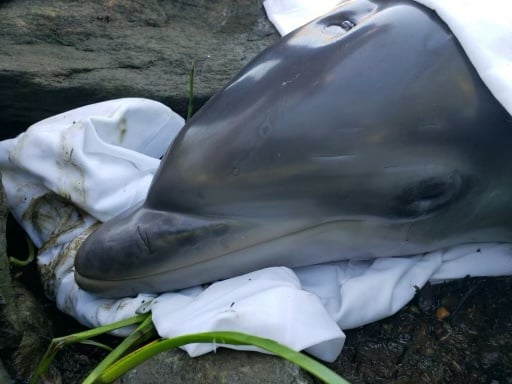 Members from the Goodwill Fire company arrived shortly after and located the Dolphin. They set up a tent over the Dolphin and began patting it with wet towels to keep it cool and to keep the skin moist and from getting sun burnt. Shortly after, New Castle City Police and DNREC Fish and Wildlife officials arrived and began securing the area with yellow tape to keep spectators away, and noise to a minimum as Dolphins tend to get stressed out in these types of environments, according to the National Oceanic and Atmospheric Administration Fisheries. 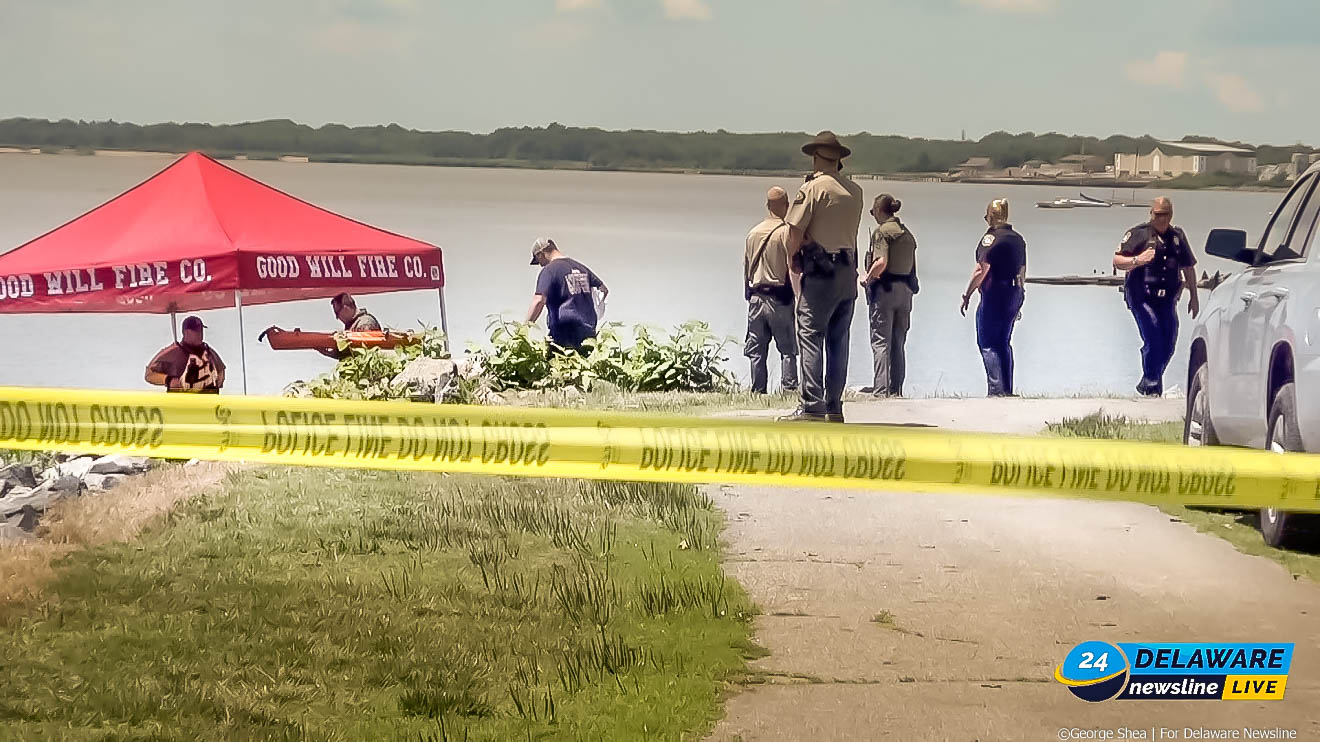 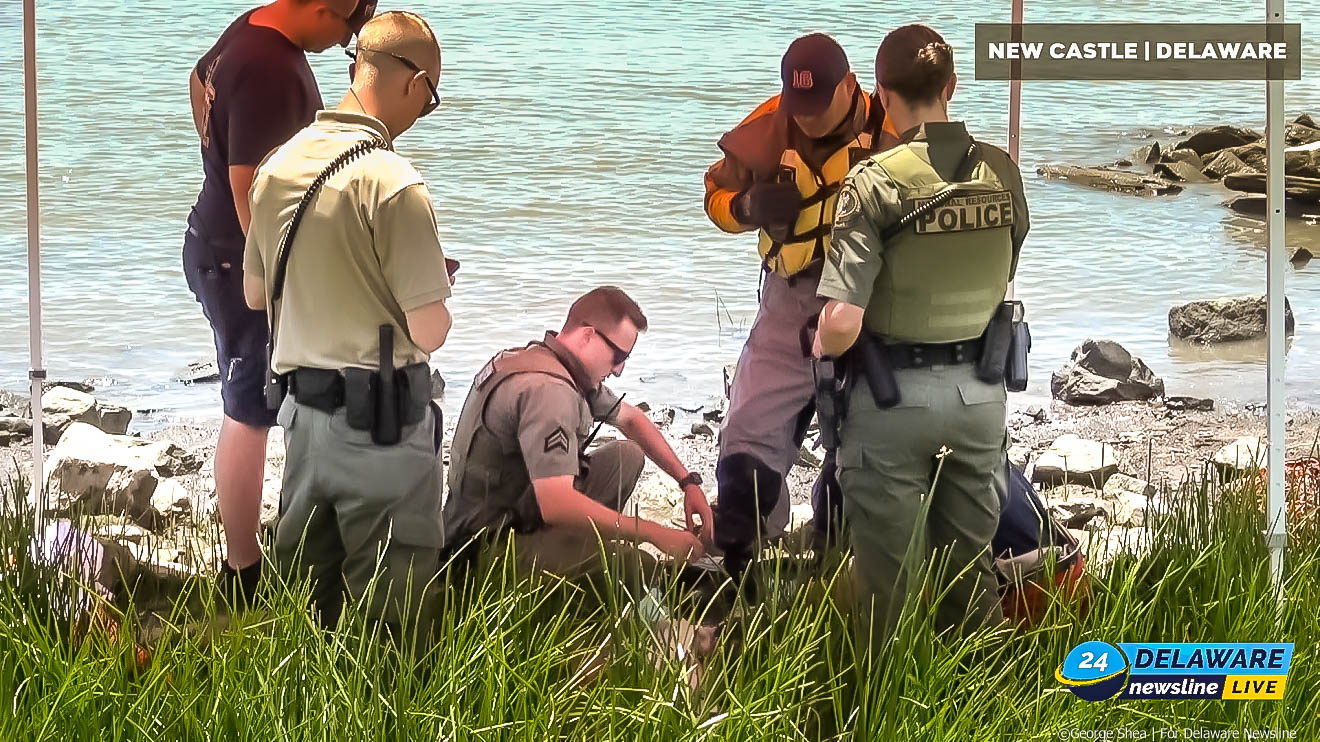 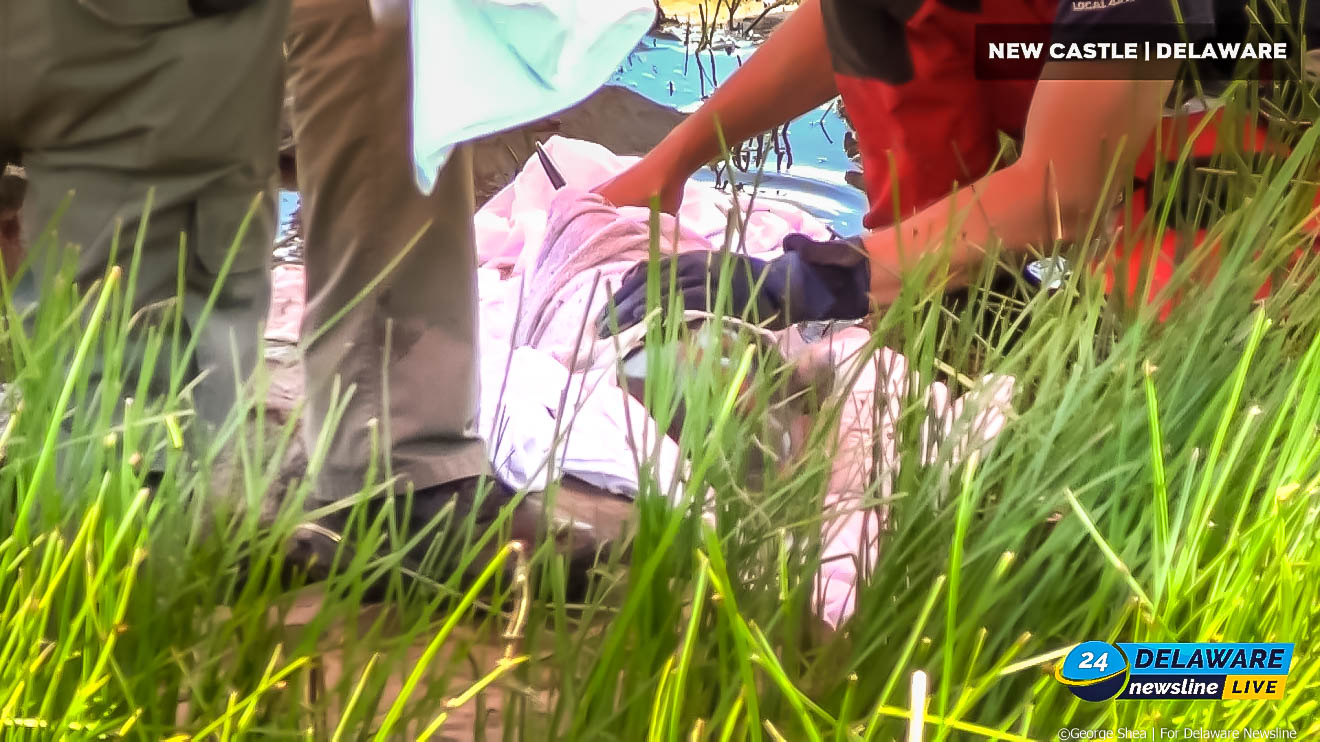 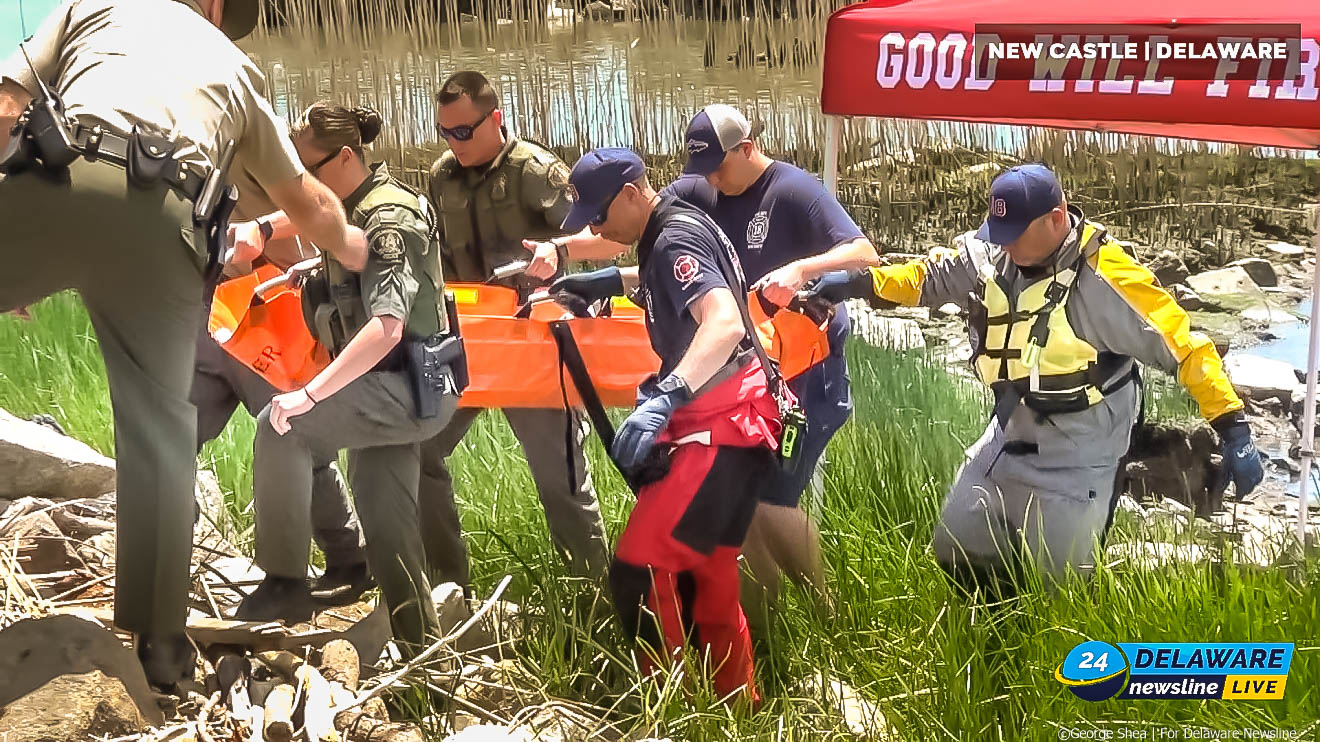 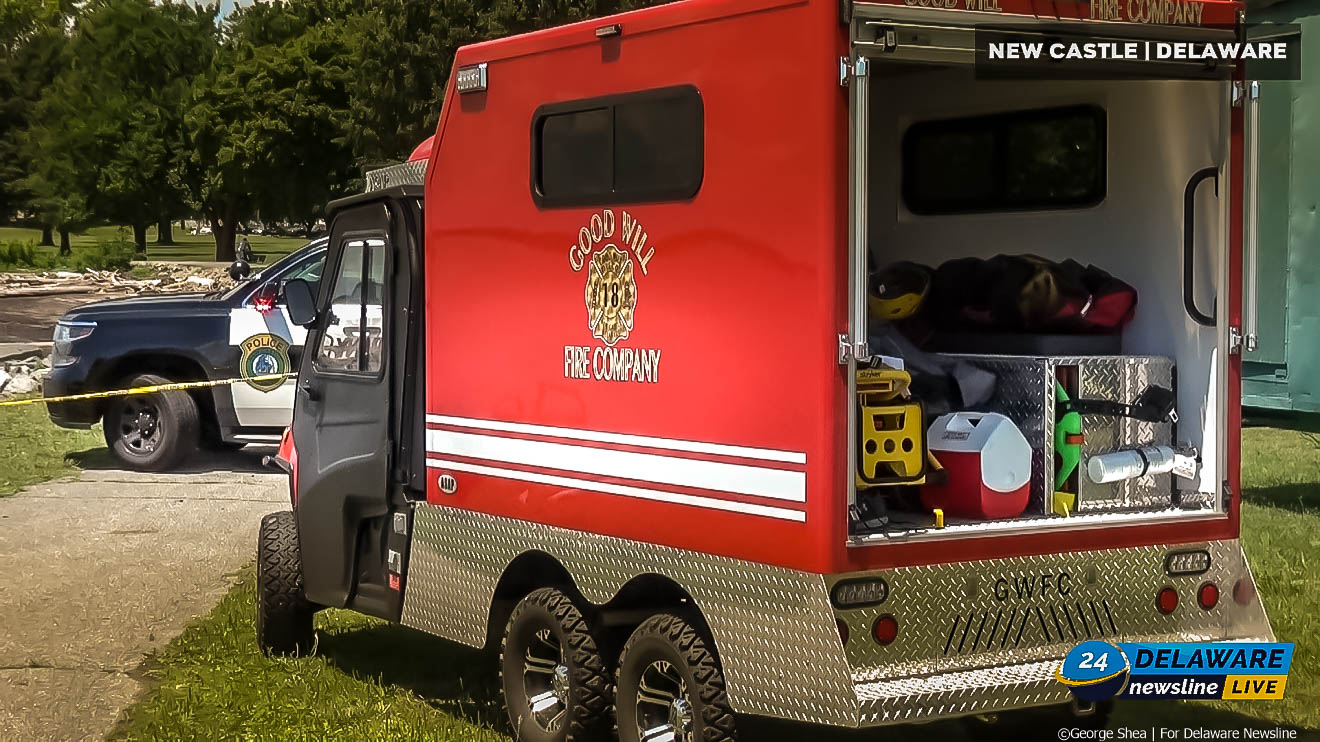 We’ve reached out to MERR for an update on the Dolphin but have been unable to get a response from them.

The rare and unusual sight at the park appeared to look like a crime scene as curious trail walkers stumbled upon the cordoned area on the warm summer afternoon. Some spectators took pictures and videos at the yellow tape that was keeping their curiosity t bay.

The Dolphin, which was about three feet in length, was safely transported by MERR Institute volunteers back to Lewes around 12:30 p.m.

NOAA officials say if you ever come upon a stranded marine animal to never  push the animal back out to sea! Stranded marine mammals may be sick or injured. Returning animals to sea delays examination and treatment and often results in the animal re-stranding in worse condition.

We’ve broken down what you can and can’t do if you stumble upon a stranded, sick, or dead animal below, however it is not suggested you approach a stranded marine animal without knowing the federal rules and regulations first.

If you do approach a marine animal that is stranded, NOAA officials do however, suggest that you stay with the animal until rescuers arrive, but use caution. Marine mammals can be dangerous and/or carry disease. Keep a safe distance from the head and tail. Also, minimize contact with the animal (use gloves if necessary) and avoid inhaling the animal’s expired air.

If the animal is alive, keep its skin moist and cool by splashing water over its body. Use wet towels to help keep the skin moist and prevent sunburn. They also say to never cover or obstruct the blowhole and try to keep sand and water away from the blowhole.

Keep crowds, dogs, and pets away, and noise levels down to avoid causing further stress to the animal. Federal laws require people to stay at least 50 yards from a stranded Dolphin. You can learn more about guidelines and distances on each marine animal here.

In Delaware, you can contact the MERR Institute if you come upon dead sea life or sick animal.