“We know that health systems and and private labs, places all over the state have really stepped up and offered testing and they have experienced in some cases violence and belligerence by people who have sought testing.” | Molly Magarik, DHSS Secretary

WILMINGTON (DE) BY DIGITAL STAFF: As COVID-19 surges across the state following two of the biggest holidays of the year, The Delaware Division of Public Health (DPH) as well as healthcare facilities, and private labs have stepped up testing efforts as hospitals in Delaware become overwhelmed during the winter surge, but according to Molly Magarik, DHSS Secretary, it comes at a cost – Violence.

“We know that health systems and and private labs, places all over the state have really stepped up and offered testing and they have experienced in some cases violence and belligerence by people who have sought testing, and so it has been a really difficult week, but they’ve continued to show up and be there so that people can continue to have access to testing.,” said Molly Magarik, DHSS Secretary at a December 30, 2021 COVID-19 Press Briefing.

Magarik continued, “Please understand that this is an extremely challenging and dynamic situation. Everyone is doing the best they can, but when everyone in the state wants something at the same time, even the best plans and resource management is just not going to be able to keep pace.”

Bay Health is one of the first hospitals in Delaware that has publicly acknowledge this kind of behavior at testing sites as reported by Dr. Dr. Ellie Salinski, Asst. Dir of Emergency Services at Bay Health Health.

At the December 30, 2021 press briefing she said “Being on the front lines and what it’s been like. Uh as you may expect, it has been very challenging to work in the emergency department with progressively more limited resources and just when we thought things were getting under control is now taking hold. So, some examples that I could provide, last week, I was actually working clinically and Doctor Siegelman, you happen to walk in right when that happens but we did have a patient who was extremely violent within a few feet of myself and I did unfortunately watch one of the staff members get physically assaulted and thankfully, security was able to come and intervene.”

She continued, “Um so, these are the types of things that we’re seeing. It amazes me that you know, that who was assaulted came back to work the next day. Uh and seemed to actually have empathy for that patient.”

Salinski added, “Um in addition to that, I feel badly for our our clerk who answers the phone because I hear her getting cursed out on the phone all the time. People are angry. They’re waiting.” 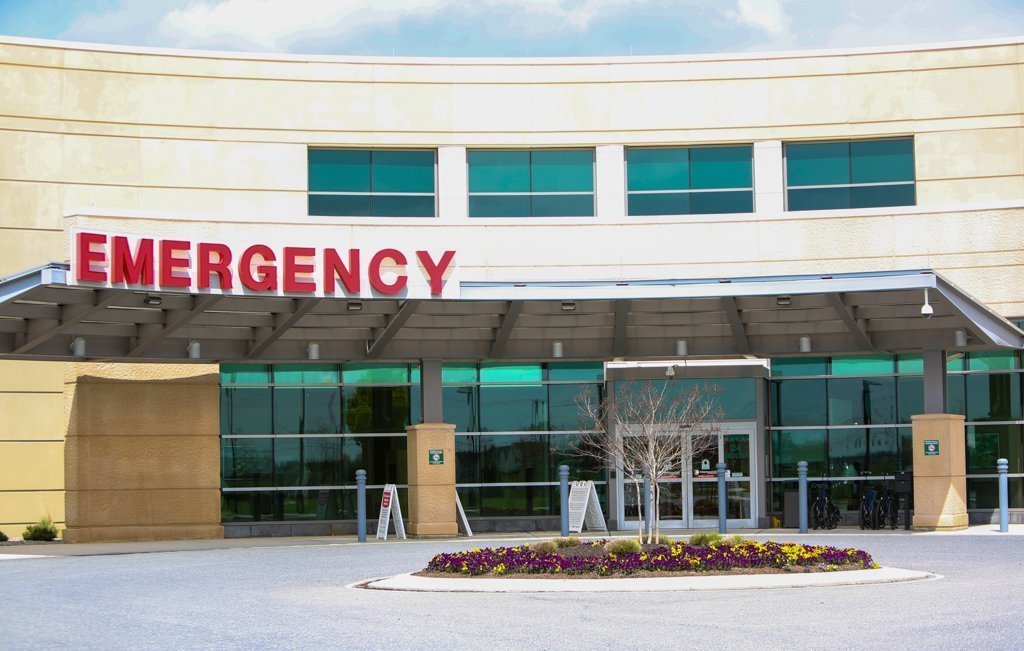 The average wait time in a Delaware emergency room is more than three hours and as the winter surge continues in the midst of an active flu season, hospitals across the state are also becoming overwhelmed with non-emergency related visits.

“I know people are posting things on social media because they’re upset. They’re waiting. And I just want everyone to understand that you know, we are all dedicated to helping patients, to serving our community, and we’re all doing the absolute best that we can and we’ve pushed past limits that we even, you know, didn’t even realize that we could surpass.,” Salinski said.

“We are all extended beyond what we ever expected, and we are, we’re trying the best that we can, and we just ask that the community understand this, just try to, to be patient, try to be kind, and a simple thank you just goes a long way.” | Dr. Dr. Ellie Salinski, Asst. Dir of Emergency Services at Bay Health Health.

Even private partners who are stepping up to the plate to help with COVID-19 testing are experiencing the violence at testing sites and according to an official at the Delaware Emergency Management Agency (DEMA) that partner pulled out and is no longer offering testing services.

“We also know there was a private partner that was conducting testing in Sussex County and they withdrew there. You know, they do other medical stuff as well.,” Said AJ Schall, DEMA Director. “They stopped doing testing because their staff was getting uh you know verbally assaulted if you want but that way.”

A Delaware Newsline reporter reached out to ChristianaCare who also have had their share of incidents. In an email statement from Sharon Kurfuerst, The System Chief Operating Officer and President of ChristianaCare Union Hospital, says they have seen an increase in verbal and physical attacks on their caregivers.

“Throughout the pandemic, it is unfortunate that we have seen increased verbal and physical attacks on our caregivers,” said Kurfuerst. “At ChristianaCare, we serve our neighbors as respectful, expert, caring partners in their health. We do not tolerate violence, aggression, discrimination or harassment toward anyone, including and especially our caregivers, for any reason. We encourage everyone in the community to remember that we are all in this together, and health care workers have been working selflessly for more than two years to care for everyone who needs care.”

When asked what is being done to provide protection to the many volunteers and workers at the testing and vaccination sites, the Director at the Delaware Emergency Management Agency (DEMA) says they’re concerned and are working with local law enforcement agencies to address the issue.

“I think we’re concerned with it as well because it’s an emotional time.,” Said AJ Schall, DEMA Director. “People are stressed and I think it’s you know, it’s our job to try and bring some calmness to the chaos.”

Schall added, “We do work with the local law enforcement and Delaware State Police so they know where the testing and vaccination sites are and you know kind of provide that that situational awareness and as well as you know if something happens we will shut down something to reset and be safe, so we know emotions are high on these workers – the ones whether it’s curator whether it’s uh Dr. Tay’s team and the secretary’s team at the public health clinics, or those partners that do it privately they’ve been at this a long time and they understand everybody’s frustration and their anxiety right now.

We reached out to Delaware State Police who say they are not aware of any individual incidents but routinely patrol the sites.