Before fleeing the scene on foot, the suspect threatened to kill all the occupants inside the vehicle which included three female children ages 9, 5, and 2, police said.

While not being held on the felony violence charges behind bars, police say they arrested Brandon Norman, 29, of Bear, for felony assault after the physical altercation on Springfield Boulevard, New Castle, Sunday night.

According to police, on March 20, 2022, at approximately 5:26 p.m., troopers responded to the intersection of Springfield Boulevard at Fantail Court, New Castle, in reference to an accident involving two vehicles. 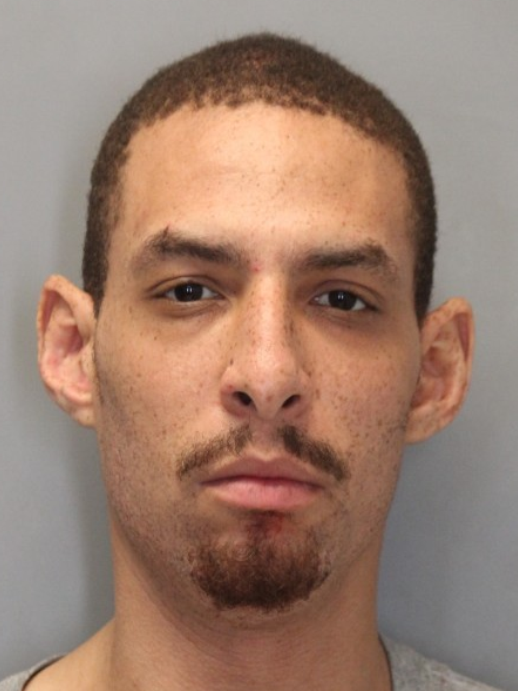 Police say while troopers responded to the scene, dispatch advised that one of the operators involved in the accident was actively assaulting the other driver. Additionally, the male suspect who had just assaulted the other driver, had fled the scene on foot.

Upon arrival police say troopers learned after the collision, a light skin black male approached the second vehicle, a GMC Sierra, with an anti-theft club broke the driver side window and began assaulting the operator, a 38 year-old man of New Castle, with it.

Before fleeing the scene on foot, the suspect threatened to kill all the occupants inside the vehicle which included three female children ages 9, 5, and 2, police said.

Norman was taken into custody without incident and transported to the hospital for minor injuries.

After being released from the hospital, Norman was transported to Troop 2 where he was charged with Possession of a Deadly Weapon During the Commission of a Felony (Felony), Assault 2nd Degree (Felony), Aggravated Menacing (Felony), Terroristic Threatening- 4 counts, Endangering the Welfare of a Child- 3 counts, and Numerous Traffic Violations.

Norman was arraigned in the Justice of the Peace Court #11 and released after posting bail on a $26,010 secured bond.