Investigators interviewed Smith who said he set the fire as a diversion to steal a cart full of merchandise from the business.

“Evidence obtained at this point in the investigation has shown the fire was intentionally set in the linen section, near the center of the store., Said Mark Hoffman, Public Information Officer for the Dover Police Department. “The store was quickly evacuated of customers and employees with no injuries reported.” 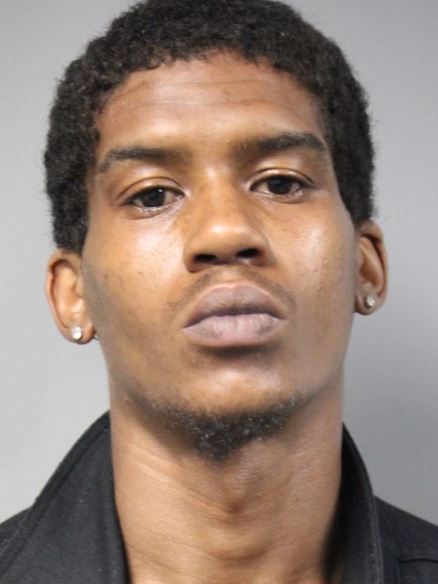 Through the collection and examination of in-store surveillance footage and physical evidence from the store, Desmond Smith (26), was identified as the sole suspect in the arson. Investigators interviewed Smith who said he set the fire as a diversion to steal a cart full of merchandise from the business.

Detectives obtained an arrest warrant for Smith and executed a search warrant at his residence in the 900 Block of Whatcoat Drive at 11:00 a.m.

on Monday, July 18th, 2022. Smith was taken into custody without incident and later committed to SCI on a $137,000 cash bond after being arraigned at Justice of the Peace Court #7 on Arson 1st Degree, Reckless Endangering 1st Degree (19x), Criminal Mischief $5,000 or Greater, Shoplifting Under $1,500, and Wearing a Disguise During Commission of Felony.

Investigators say it took multiple agencies to assist in suppressing the fire and ventilating the building, to include fire departments from Dover, Little Creek, Leipsic, Camden-Wyoming, Dover Air Force Base, Hartly, Cheswold, and South Bowers Beach.

Hoffman said the fire was under control and crews were able to leave the scene by 12:30am, July, 11, 2022. During the fire incident, the Citizen’s Hose Company (Smyrna) provided fire services to the City of Dover.

Target spokesperson Brian Harper-Tibaldo said, “The store will be closed for the next several weeks during repairs and restocking.