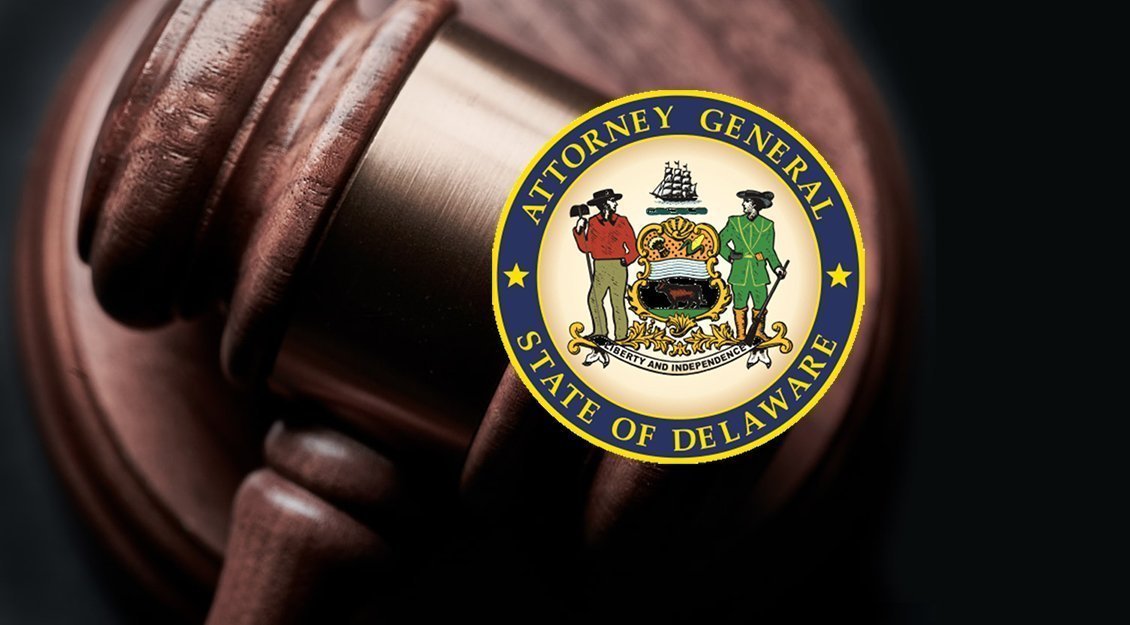 Delaware stands to recover between $7.8 million and $8.5 million under the agreement.

In addition to the financial terms, the settlement would force JUUL to comply with a series of strict injunctive terms severely limiting their marketing and sales practices.

According to a news release, Delaware stands to recover between $7.8 million and $8.5 million under the agreement.

“Our greatest responsibility is to our children,” said Attorney General Jennings. “Delaware and our sister states have spent decades educating kids and adults alike on the dangers of smoking. JUUL’s conduct contributed to a troubling backslide in that work. That has been illustrated by an explosion of e-cigarette use by teenagers who, for the first time in a generation, are seeing more ads for nicotine, not fewer—to say nothing of misleading claims about these products’ safety. I’m hopeful that this settlement and the business changes it requires from JUUL will help bring us back on track, and I’m grateful to the entire team that participated in this investigation and helped negotiate this settlement on behalf of the states.”

JUUL was, until recently, the dominant player in the vaping market. The multistate investigation revealed that JUUL rose to this position by willfully engaging in an advertising campaign that appealed to youth, even though its e-cigarettes are both illegal for them to purchase and are unhealthy for youth to use. The investigation found that JUUL relentlessly marketed to underage users with launch parties, advertisements using young and trendy-looking models, social media posts and free samples. It marketed a technology-focused, sleek design that could be easily concealed and sold its product in flavors known to be attractive to underage users. JUUL also manipulated the chemical composition of its product to make the vapor less harsh on the throats of the young and inexperienced users. To preserve its young customer base, JUUL relied on age verification techniques that it knew were ineffective.

The investigation further revealed that JUUL’s original packaging was misleading in that it did not clearly disclose that it contained nicotine and implied that it contained a lower concentration of nicotine than it actually did.  Consumers were also misled to believe that consuming one JUUL pod was the equivalent of smoking one pack of combustible cigarettes. The company also misrepresented that its product was a smoking cessation device without FDA approval to make such claims.

The states are in the process of finalizing and executing the settlement documents, a process that takes approximately 3-4 weeks. The $438.5 million would be paid out over a period of six to ten years, with the amounts paid increasing the longer the company takes to make the payments. If JUUL chooses to extend the payment period up to ten years, the final settlement would reach $476.6 million. Both the financial and injunctive terms exceed any prior agreement JUUL has reached with states to date.

As part of the settlement, JUUL has agreed to refrain from:

The agreement also includes sales and distribution restrictions, including where the product may be displayed/accessed in stores, online sales limits, retail sales limits, age verification on all sales, and a retail compliance check protocol. 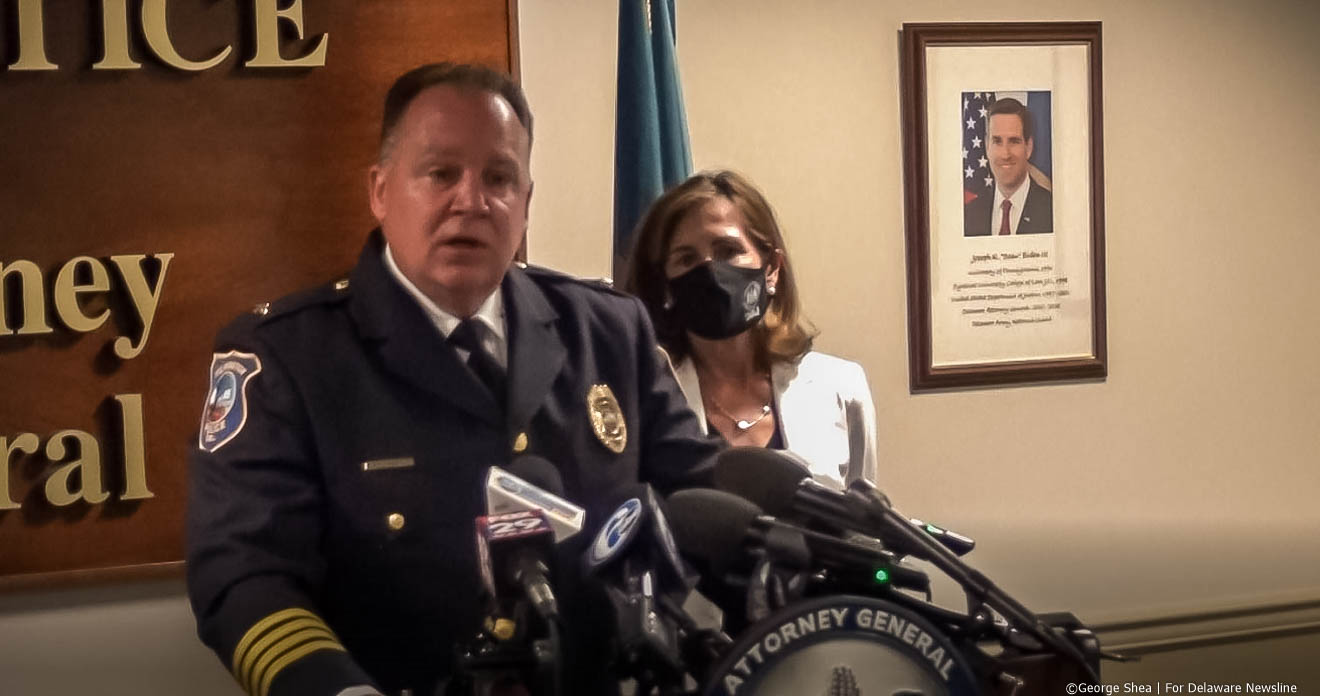 A Newark man has pled guilty to charges related to the December 10, 2020 murder of Michael Reams in Wilmington.

WILMINGTON (DE) BY DIGITAL STAFF: “Justice was served. This plea was the product of excellent work by our prosecutors and was made possible because of the quick reaction and good work of a Wilmington police officer,” said Attorney General Jennings. “As we move toward sentencing, I hope that Mr. Reams’ family and loved ones can find some closure and healing in the resolution of this case. I’m grateful to the Wilmington Police Department for its work in this case and all the steps it has taken to help bring gun crime under control in our city.”

“A Wilmington Police officer, on patrol on his assigned area, was able to arrest this suspect just moments after the fatal shooting occurred,” said Wilmington Police Chief Robert J. Tracy. “We hope this plea, and the sentence that follows, can bring a degree of comfort to the family of the victim, and we appreciate the efforts of the Attorney General’s Office in prosecuting this case and securing this plea agreement.”

Dashan Perrigan, 32, was arrested after a Wilmington police officer on patrol in the area heard gunshots and ran toward the noise, spotting Perrigan fleeing with a gun. Perrigan, who witnesses also identified as the shooter, was caught following a brief pursuit. He pleaded guilty on April 27, 2022 to Murder 2nd Degree and Possession of a Firearm During the Commission of a Felony.

Perrigan, who faces a prison sentence of 18 years to life, will be sentenced following a pre-sentencing investigation.

A Wilmington Police investigation has resulted in an arrest in connection with a May2021 fatal shooting incident.

WILMINGTON (DE) BY DIGITAL STAFF: On May 19, 2021 at approximately 9:12 p.m., police responded to the 2300 block of Carter Street in reference to a shooting incident that had occurred. Police located a19-year-old male gunshot victim, who was transported to the hospital where he succumbed to his injuries. The victim was identified as New Castle resident Dmajah Tickles. 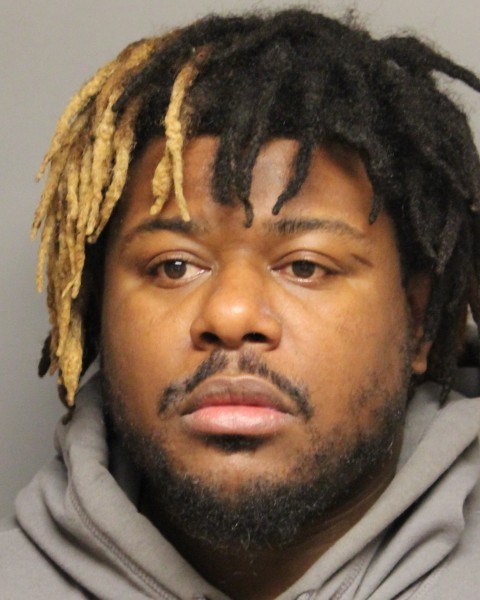 The case was assigned to Detective Brandon Mosley of the Criminal Investigations Division. Through the course of his investigation, Detective Mosley identified 35-year-old Tramont Mitchell as a suspect. On February 28, Detective Mosley presented the case to the New Castle County Grand Jury, which returned an indictment against Mitchell. Mitchell was located and taken into custody in Newark on March 2, and has been charged with Murder (First Degree), Possession of a Firearm During the Commission of a Felony, and Possession of a Firearm by a Person Prohibited (Two Counts).

Mitchell was arraigned in Justice of the Peace Court 11 and was committed to the Howard R. Young Correctional Institution on $1,600,000 cash-only bail. 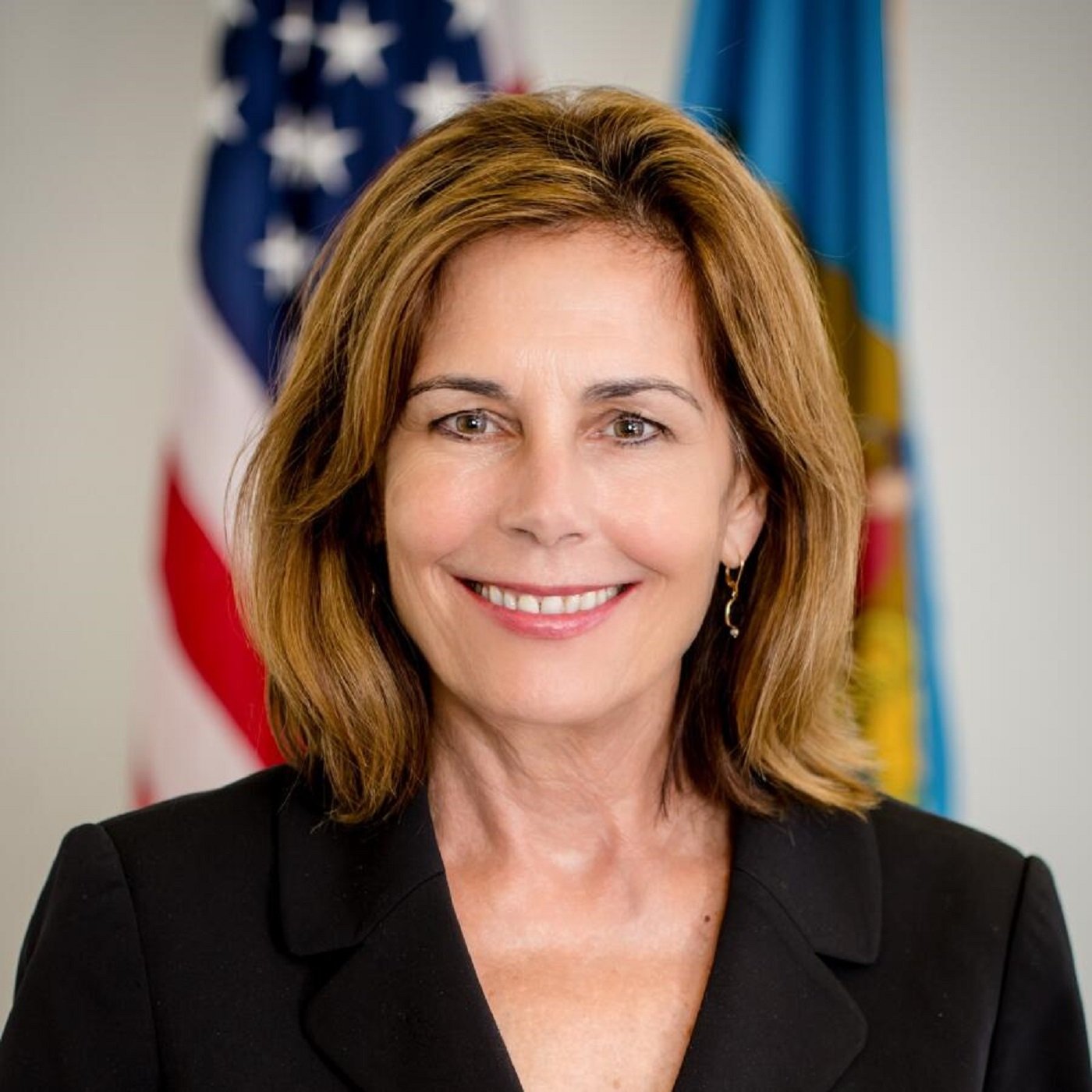 “This was a cold-blooded, senseless murder that stole a girl from her family and killed an innocent man in the midst of a time of celebration,” said Attorney General Jennings.

WILMINGTON (DE) VIA DOJ: Prosecutors have secured the conviction of a Newport man in 2018 double murder committed near Prices Corner. Glenford Blackwood was found guilty of two counts of Murder First Degree after prosecutors showed that he had murdered Doris Dorsey, 15, and Vincent DiMenco, 36. Blackwood was also found guilty on two charges of Attempted Murder for firing at both of Dorsey’s parents, along with four counts of Possession of a Firearm During the Commission of a Felony.

“This was a cold-blooded, senseless murder that stole a girl from her family and killed an innocent man in the midst of a time of celebration,” said Attorney General Jennings. “I’m grateful to our law enforcement partners who led a successful investigation, and to prosecutors Joe Grubb and Jamie McCloskey for ensuring that a murderer faced justice for his crimes. Above all else I’m thinking of the Dorsey and DiMenco families, and all of their loved ones and neighbors, whom I hope find peace after such terrible suffering.”

In the early hours of June 17, 2018, the Dorsey family was hosting a birthday celebration for Doris’ father, Duncan. At the time, Doris Dorsey was sitting in the family vehicle, which was parked in the home’s driveway. Duncan and DiMenco – one his close friends who had joined the celebration – were sitting in the home’s front yard. Blackwood approached the vehicle with a 12-gauge shotgun and fired two slugs into the vehicle, killing the teenager. Blackwood then shot DiMenco as he attempted to flee, killing him. Dorsey’s mother – also named Doris – attempted to slam the front door shut and Blackwood fired through the door, injuring her. Duncan Dorsey was able to escape.

Cell phone evidence, Google data, surveillance footage, vehicle registration records, and transaction records from an area Walmart where Blackwood had purchased shotgun shells, helped investigators identify Blackwood and enabled prosecutors to secure Blackwood’s conviction. Blackwood is believed to have mistaken the younger Doris for her mother, whom he wanted to kill in revenge for a 2015 altercation at a Wilmington-area Family Dollar. 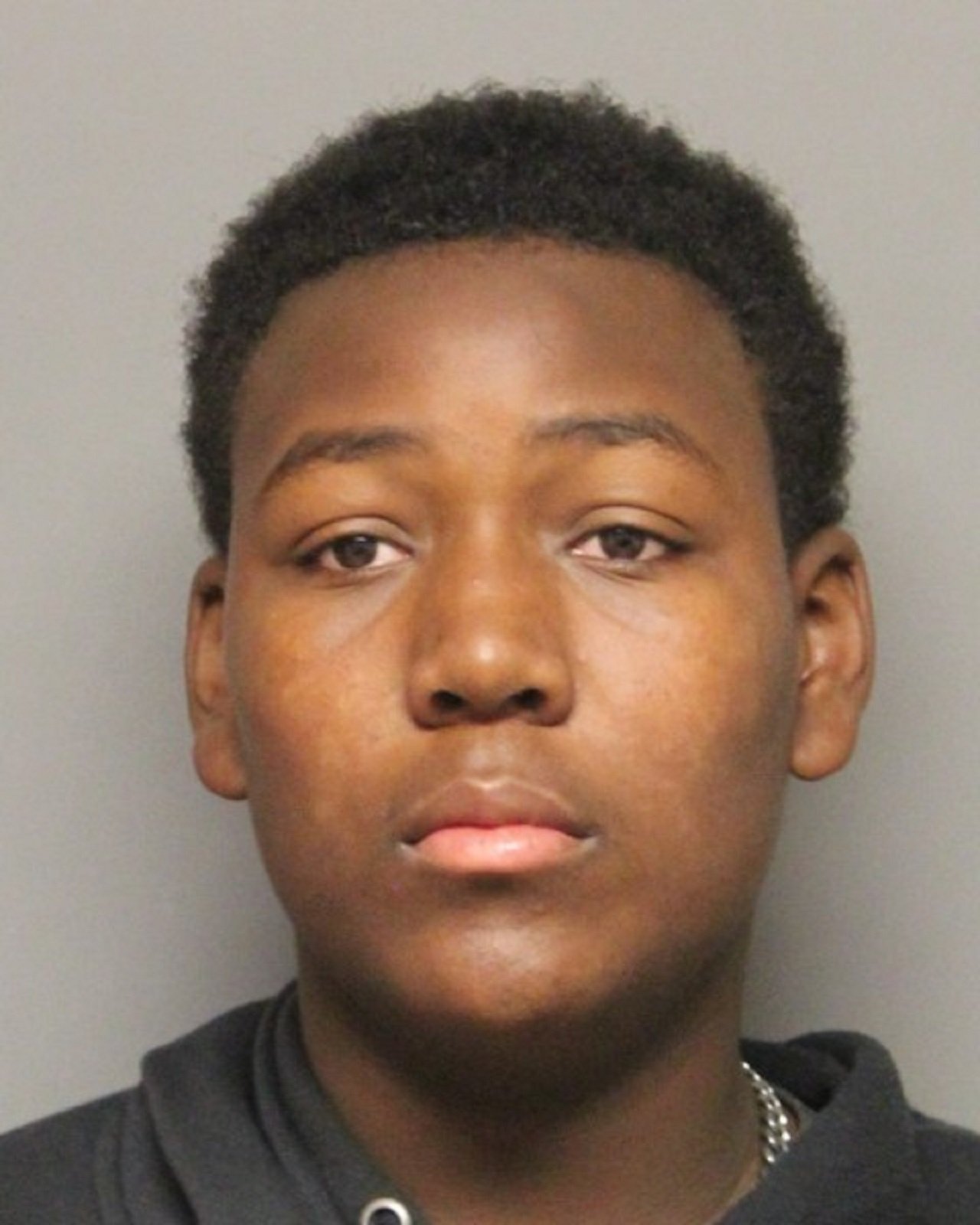 Wilmington Police are requesting the assistance of the public in locating a suspect wanted on murder, weapons and other serious charges.

WILMINGTON (DE) BY DIGITAL STAFF: Wilmington Police are requesting the assistance of the public with locating Markevis Clark who was recently indicted by a New Castle County Grand Jury. 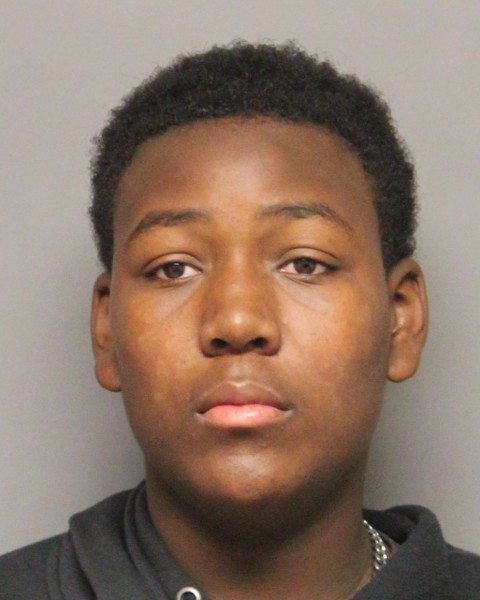 Police say Clark should be considered armed and dangerous and members of the community are advised to avoid contact with Clark if he is seen and dial 9-1-1.

Clark, was indicted by a New Castle County Grand Jury in June along with 13 other individuals who the Department of Justice says were members of the NorthPak gang.

The 14 defendants are facing more than 120 criminal charges stemming from their involvement in the Wilmington-area gang NorthPak, according to the Delaware Department of Justice.